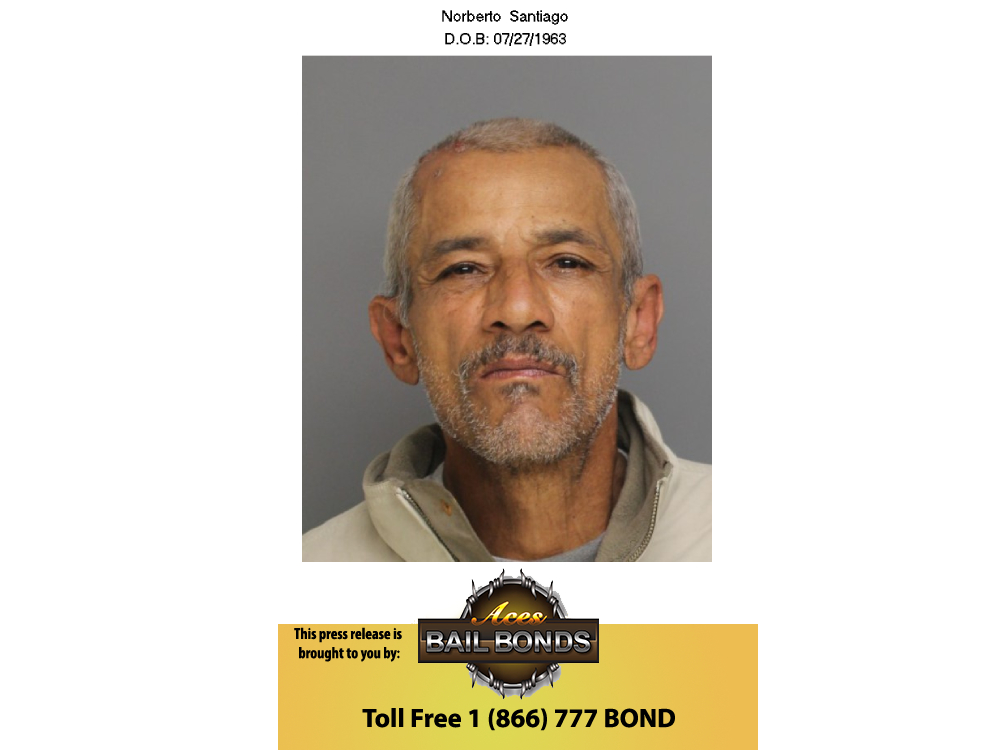 The Bridgeport Police arrested a 59-year-old homeless man on Wednesday night who robbed an 84-year-old grandmother on her porch in The Hollow section last week (see the attached video of the robbery.)

Santiago was charged with Robbery in the Third Degree, Criminal Trespass in the First Degree, Larceny in the Sixth Degree, and Breach of Peace in the Second Degree.

The 84-year-old victim was sitting in a chair on her porch when she was robbed. She was not injured.

Santiago made a statement to the Detective Bureau’s Robbery/Burglary Unit regarding the robbery. He admitted the victim gave him money for food the day before the robbery.

The Bridgeport Police Department would like to thank members of the community who helped make the arrest possible.

Santiago was living in an abandoned house in The Hollow known for drug use and prostitution. The City of Bridgeport’s Anti-Blight Department boarded up the house the day after the robbery.

The arrest by the Bridgeport Police Department and subsequent action by the City of Bridgeport is part of the ongoing effort to eradicate street crime and protect all citizens, especially those who are most vulnerable.