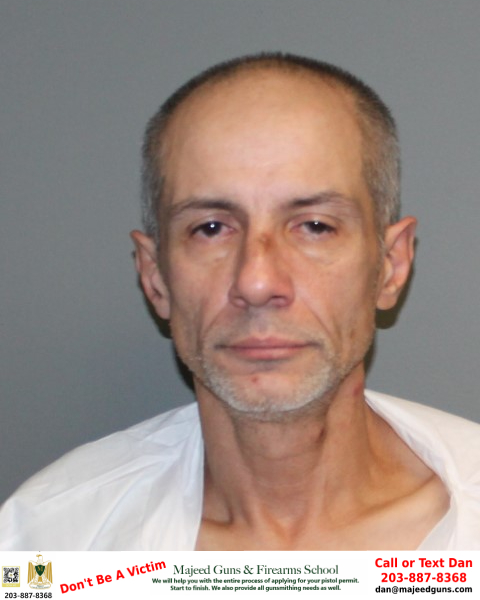 On 11-21-22 at approximately 7:30pm, Shelton Police were dispatched to Cleto’s Package Store, located at 402 Howe Ave, for a report of an armed robbery. It was reported that a white male approximately 40-50 years old entered the store and displayed an AR15-type rifle and demanded money. The male left the store with cash and items.

Seymour Police responded to assist with a K9 track. Police and detectives were able to get video surveillance which identified the suspect’s vehicle. The information was sent to other law enforcement agencies. Police agencies including Derby and New Haven PD immediately contacted Shelton Police with more information based on the video surveillance. West Haven Police located the suspect vehicle at approximately 10:00pm.

The vehicle and suspect were later located by the State Police in Hartford at approximately 11:00pm.

The quick apprehension of the suspect was a result of several law enforcement agencies working together and sharing information with the goal to get this suspect swiftly into custody.