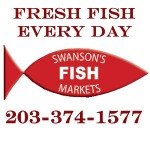 (Bridgeport, CT – July 2, 2013) – A Park Avenue woman was arrested after she twice allegedly tried to run down a group of youths with whom she had argued.

Officer Daniel Paz responded to the area of Pequonnock and Vine streets at 12:10 a.m. Monday on a report of female in a sport utility vehicle attempting to run over a male.

Paz spoke to a teen who stated that a woman had attempted to run him and his friends down and that they scattered to avoid being hit. The teen said they then went back to the Greene Homes housing complex after the incident.

The driver came back in a different vehicle and attempted to run them down again, the victims told Paz.

The dispute started outside a nearby bodega. The suspect, Shaneese Taft, 33, and her cousin exited the store and argument with a group outside ensued. Taft punched a 17-year-old girl in the face, sparking a melee.

The cousin later told police that they never followed the youths  and that Taft only returned later  because she lost her wallet during the scuffle and thought one of the teens might have it.

Police checked out  Taft’s vehicle in Greene Homes and noticed mud and dirt on the tires and fresh tire marks on the grass and sidewalk, supporting the claims of the younger group.

Taft was charged with third-degree assault and first-degree reckless endangerment. She also was issued an infraction for driving without a license and driving an unregistered car.