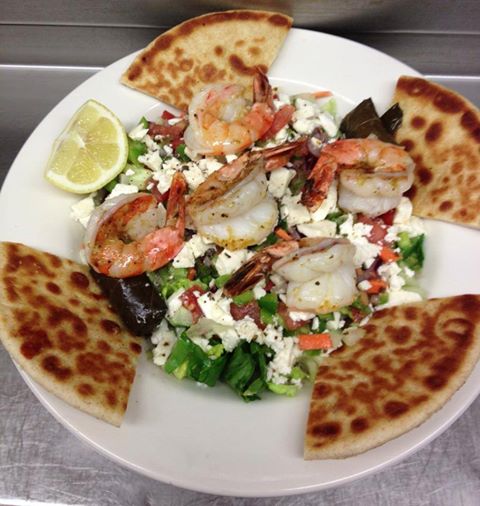 11:00pm–#Fairfield CT–#cttraffic–Reported car fire on the Merritt Parkway northbound between exits 44 and 46.  A second caller says it is closer to Burr Street.

10:27pm–Bridgeport CT–A resident has called the fire department that someone set their car of fire in Whitney Avenue.  Police on scene confirming the car is full engulfed in flames.

Smoke in a home

7:02pm–#Stratford CT–Firefighters on the scene at 181 East Avenue for smoke inside a home.  They are investigating.

1:12pm–#Derby CT–Today’s car fire is in Derby in front of the Dollar Tree Shop on New Haven Avenue.  Firefighters reporting a minor car fire in a Ford Taurus. 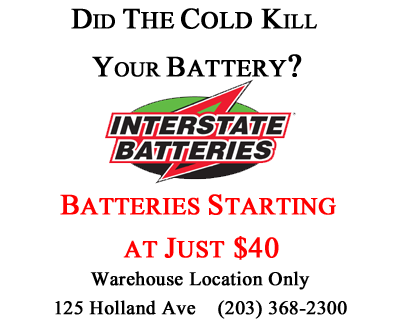 12:19pm–#Bridgeport CT–#cttraffic–Report of two cars on their roof I-95 southbound near exit 27 but cameras show a slowdown near exit 28.

#Bridgeport, CT — Nov. 29, 2013 — City 911 workers and a city police officer brightened a robbery victim’s holiday after an unusual police call.
The man called on Thanksgiving morning and reported that he was walking to his friend’s house with a holiday turkey and stuffing. He said he was robbed at gunpoint of the bird, trimmings and his wallet.
“At first I thought he was joking, but I could hear from his voice that he was serious,” said Telecommunications Operator Denny Viera, who took the 911 call. She checked with the Officer Daniel Mendez, the officer who responded, and he we verified the turkey robbery.
“I wanted to do something,” she said, but a call to Stop and Shop revealed no turkeys left. Plus it appeared it was getting too late in the morning to start a cooking a turkey, she reasoned.
The answer came from Boston Market. Viera paid for two turkey meals, her coworkers chipped in and Mendez picked them up and delivered the meals to the victim and his friend.
“When he gave them the meals, Danny said they were the happiest guys on earth,” Viera said.

9:39pm–#Bridgeport CT–Firefighters at 119 Lorraine Street for a kitchen fire, they just arrived and report nothing showing from the street.  Police requested to ticket the car blocking the hydrant.

6:16pm–#Bridgeport CT–An eleven year old boy has been hit by a car on Wayne Street. He is on his way to the hospital, the extent of his injuries are unknown.  Prayers for him please. 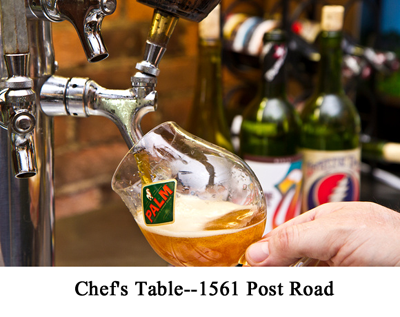 5:08pm–#Easton CT–Despite all this rain firefighters are report two large brush fires in front of 1149 Sport Hill Road and requesting additional fire apparatus to the scene. 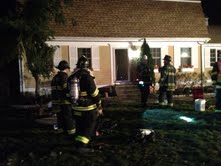 Ten people gathering to celebrate Thanksgiving were suddenly driven from an Old Castle Dr. home on Thursday night. Monroe volunteer firefighters were called to 48 Old Castle Dr. just before 11:30 pm when the residents saw smoke starting to fill the house near their fireplace.

Crews determined there was a fire hidden in the wall between the kitchen and family room. After pulling out kitchen cabinets and breaching the wall behind the fireplace, firefighters got to the flames before they could extend further throughout the house.
A large contingent of firefighters from Monroe, Stevenson, and Stepney descended on the cul-de-sac located in the Barn Hill road area; approximately 32 in all, manning three engines and two ladder trucks. Trumbull and Shelton also provided coverage in the event of another emergency in town. After cleaning their equipment, the last volunteer firefighters from the Route 110 station headed home around 1:45 am.
None of the occupants or firefighters were injured. Due to the smoke odor, the residents were unable to stay in the home. While damage was limited primarily to the kitchen, fire marshal William Davin estimated that repairs could be in the $30,000 to $50,000 range.
“Had the fire broken out after everyone went to sleep, it could have been a terrible outcome as the fire would have swept through the walls”. The owners were grateful it was contained fairly quickly”, said Davin.
Standing among fire hoses laid across the front yard, Monroe Assistant Fire Chief Peter Chila, who oversaw the operation, added how difficult it can be for firefighters when the house is full of smoke, but no flames are visible. “Overall, it was a good outcome. The occupants evacuated safely and the house and most of its contents were saved”, he said.