#Trumbull CT– Trumbull Police detectives charged a Waterbury man for robbing an elderly woman at the Westfield Trumbull Mall in August and stealing her car. Jordan Savage, age 25, of Waterbury, was apprehended when he was stopped by Watertown Police on Friday night and was arrested without incident after they learned of the active warrant for his arrest out of Trumbull. He was transported to Trumbull Police Headquarters where he was processed on numerous charges. After an extensive investigation, Trumbull Police detectives had identified Savage through a series of related crimes and an additional stolen vehicle from locations in Connecticut and New York State. The vehicle he had stolen from Trumbull was recovered days later in Staten Island, NY and a second stolen vehicle led to Tarrytown, NY.

Evidence recovered from the Trumbull victim’s vehicle aided the police in identifying Savage and brought the investigation to Waterbury. An arrest warrant was obtained for Savage, and police expect that additional charges may be lodged by other agencies in New York. Savage was charged with Robbery in the Third degree, Assault of an Elderly Person, Larceny in the Second degree, Larceny in the Third degree, and Larceny in the Sixth degree. He was held on a $60,000 court set bond, and is scheduled to appear in Bridgeport Superior Court on November 15, 2019.

[ORIGINAL post] On Saturday, August 10th, at approximately 12:04 p.m., an 82 year old woman was walking into the Westfield Trumbull Mall when she was pushed to the ground by an unidentified male who stole her purse and fled in her gray Honda Accord. The victim stated that she was walking in the parking lot towards JC Penney when she was attacked. Witnesses stated that they heard a woman screaming for help and observed the suspect running away with the victim’s beige purse. He then sped away in the victim’s vehicle, toward the Main Street exit. The witnesses notified the police immediately. The victim suffered minor injuries that included abrasions on her arms and legs. Trumbull EMS responded and provided medical care to the victim on scene, but she refused further medical assistance. The suspect was described as a Hispanic male in his twenties, about 5′ 9” tall, with a close-cropped haircut, wearing grey sweat pants, and a white, yellow and red windbreaker jacket. Trumbull Police detectives are actively investigating to identify the assailant. Anyone with information about this incident is asked to contact the Trumbull Police Department directly at (203) 261-3665 or via the anonymous and confidential tip line located on our website: trumbull-ct.gov/policeTips. All information will remain anonymous. 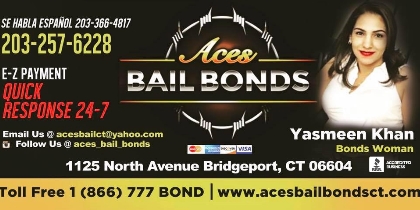