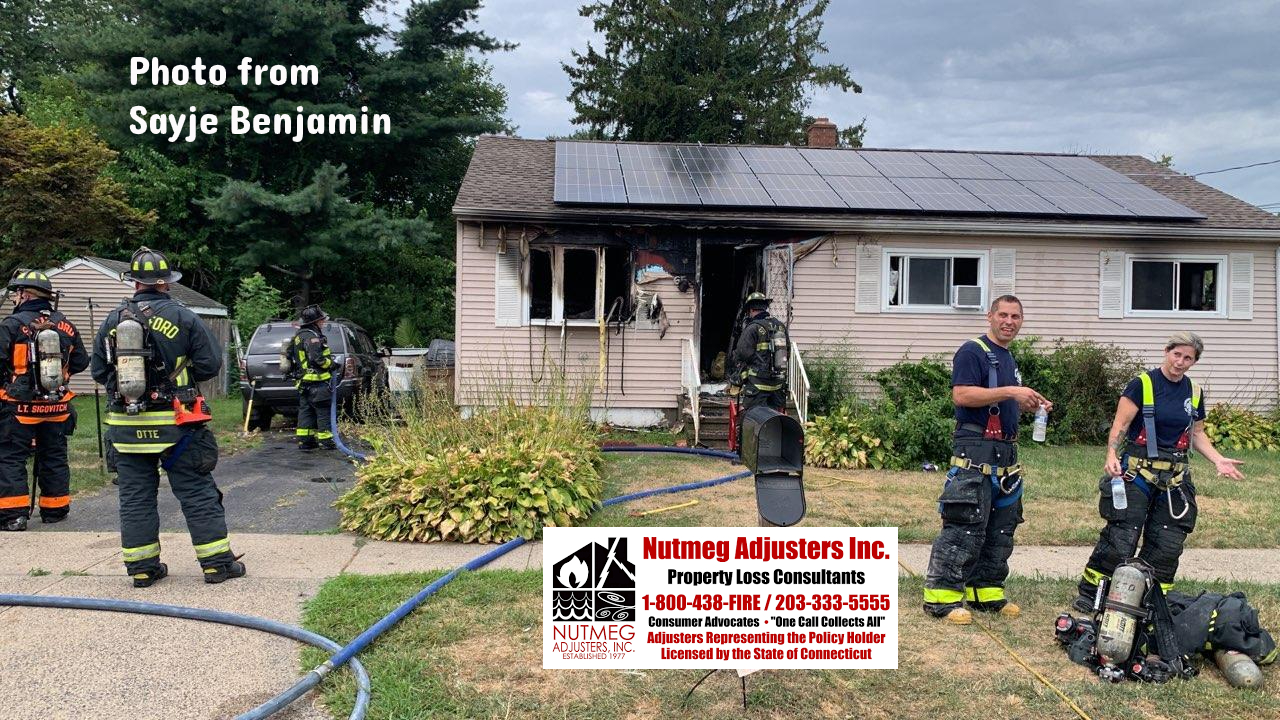 Stratford Fire UPDATE: At approx. 11:08 AM, The Stratford Fire Dept. was dispatched to 65 Guzzi Drive,
for a reported structure fire. On arrival, Engine 2 reported a fully involved
structure fire. Under the command of Assistant Chief Brennan, Engines 1, 2, 3, 4,
Tac5 and Truck 1 responded with a total of 22 firefighters and 1 Safety Officer. The
fire was located inside the living room of the 1,000-square-foot ranch-style single-family home. The fire was under control in approx. 20 minutes. The Milford and
Bridgeport Fire Departments provided station coverage during the incident. There
were no injuries reported.

2022-08-17 #Stratford CT– Firefighters battled a fire on Guzzi Drive. According to radio reports, one person was treated for smoke inhalation and ten people have been displaced by the fire.
More photos can be found at Sayje Benjamin’s website: https://sayjebphotos.smugmug.com