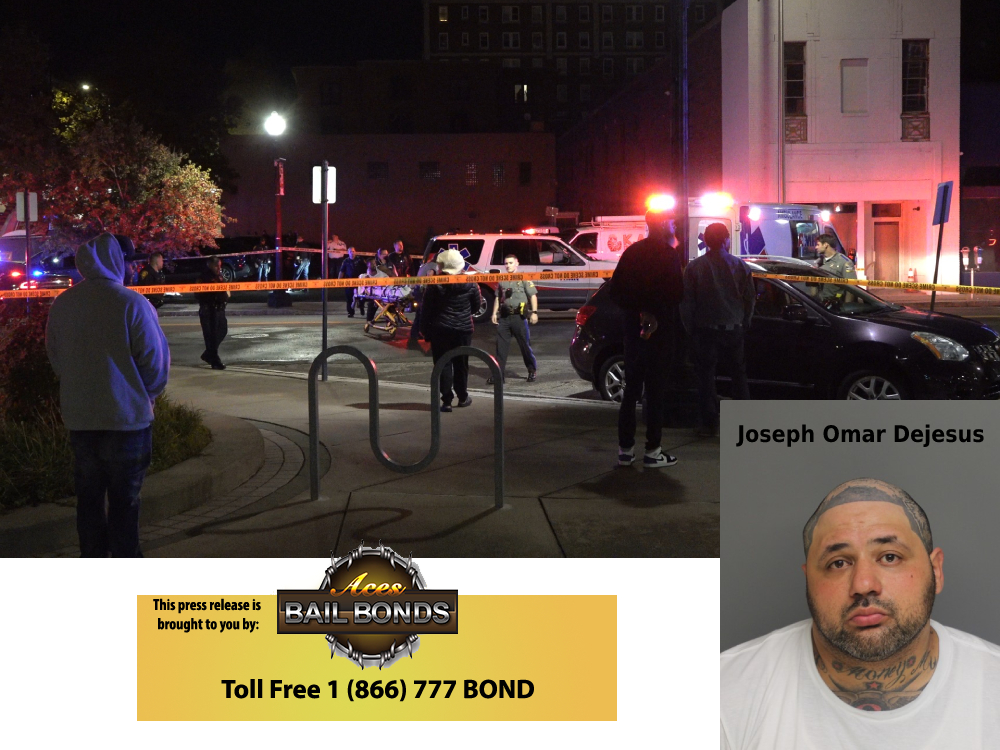 #Bridgeport CT– This afternoon, members of the U.S. Marshals Violent Fugitive Task Force, along with members of the Bridgeport and Stratford Police Department, arrested 38-year-old Joseph Omar Dejesus of Stratford Connecticut for the murder of 29-year-old Bridgeport resident Dominique Jones.  Jones was murdered on October 8, 2022, in downtown Bridgeport (Fairfield Avenue & Broad Street).  Two other victims were shot during this incident.  Both survived their injuries and have since been released from the hospital.

Joseph Dejesus, formerly known as Joseph Reyes, was arrested at a relative’s home in Stratford, CT.  He has been charged with 53a-54a Murder, 53a-59 Assault in the 1st Degree, 53a-217 Criminal Possession of a Firearm, 29-35(a) Carrying a Pistol without a Permit, 53-203 Illegal Discharge of a Firearm, and 53a-63 Reckless Endangerment in the 1st Degree.  Dejesus has a 2-million-dollar bond and is scheduled to appear in court on Wednesday October 26, 2022.