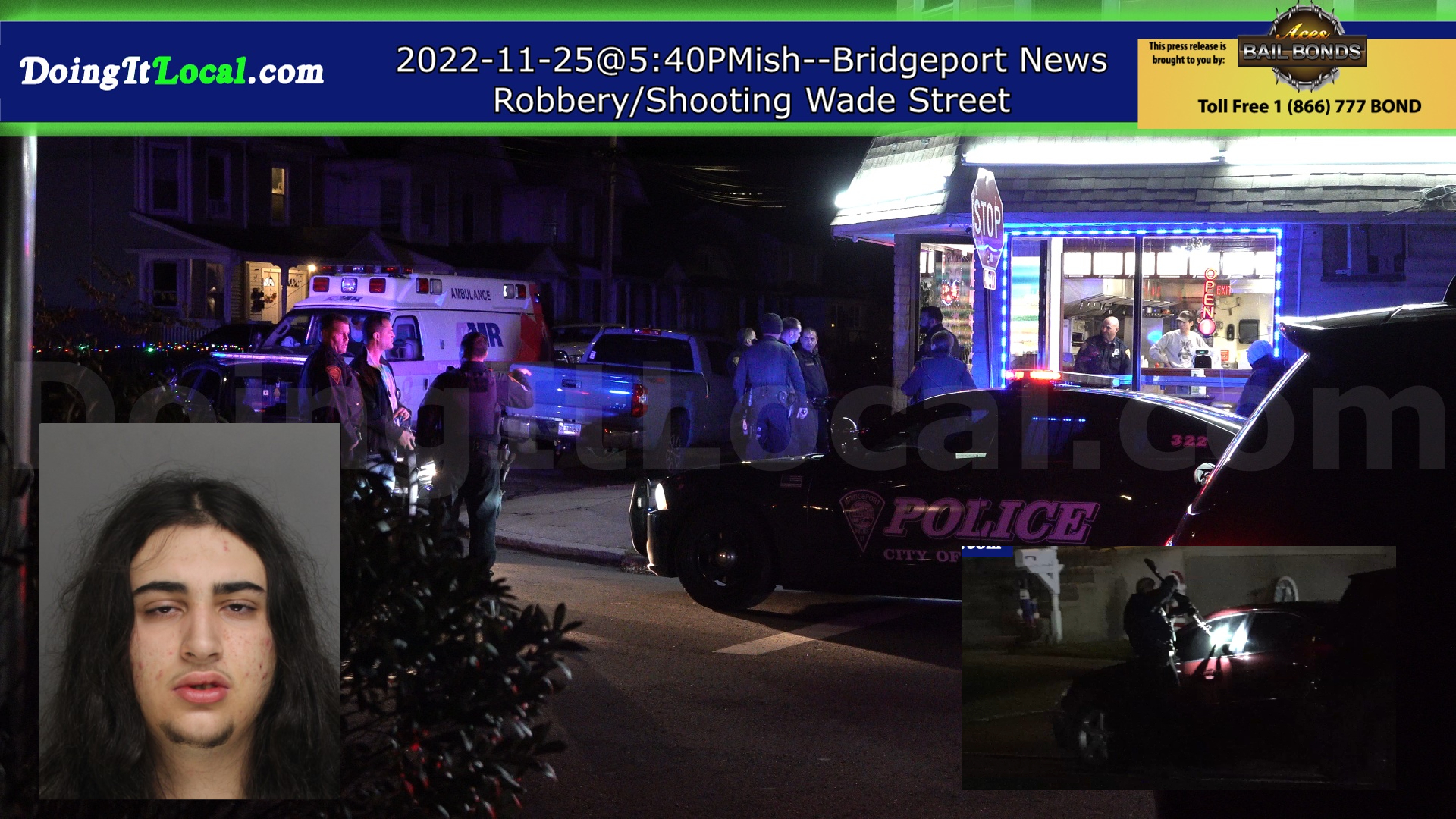 As details came into police dispatch, uniformed officers and detectives quickly responded to the scene and determined the Peking Chinese Restaurant was also the subject of a violent armed robbery. During the course of the robbery, the 48-year-old restaurant owner was shot at twice. Bullet projectiles shattered equipment in the business that fragmented and struck him in the face. The restaurant owner was transported to a local hospital, treated for non-life-threatening injuries, and released. Fortunately, the store owner was not killed.

The Bridgeport Police Department’s Robbery Squad responded and took charge of the investigation. After reviewing video recordings at the crime scene, the Robbery Squad Sergeant recognized the suspect and immediately broadcast his name and descriptions via police radio to responding officers and surrounding jurisdictions.

In under an hour the suspect, identified as 18-year-old Derrick Rivera of Bridgeport Ct, was located by Stratford Police sitting inside a vehicle along Fotch Street in Stratford, CT. Upon seeing police, Rivera fled the vehicle on foot. Nevertheless, the suspect was promptly apprehended by police in the rear yards off Honeyspot Road.

The Bridgeport Police Department and Stratford Police Department had excellent communication early on in this investigation. This resulted in the speedy arrest of a violent suspect that was a clear danger to the public. Thank you for your hard work.