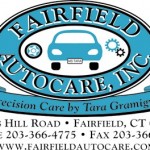 He turned over two other handguns he still had in his possession.  “This was great investigative work, following leads and identifying one of the sources of the handguns that plague our city.  It was only a matter of time before the other two guns ended up on the street in the hands of criminals,” said Police Chief Joseph L. Gaudett Jr. “I think that this investigation saved lives.”  The investigation that led to Cavalier began Thursday in a pre-dawn raid by the gang unit and the Bridgeport Emergency Services Unit. They executed a warrant in a second-floor apartment at 242 Parrott St.

Ttargeting Elijah Lewis, who is on probation for illegal possession of a firearm in a motor vehicle and criminal possession of a firearm by a convicted felon. SWAT team members found Lewis, his girlfriend and her 18-year-old son in the apartment. A subsequent search by the gang unit yielded crack cocaine, heroin, marijuana, prescription pain killers, money and a .38-caliber handgun. Lewis has a history of narcotics violations and violence, including a prior firearms arrest in 2005.
As police investigated, they learned that the gun was provided by a male fromTrumbull and was traded for drugs.  Police pursued leads throughout the day. Lewis provided information about from where the gun gun came. Police subsequently determined that in February 2013, police made a separate arrest of a man and recovered a .45 caliber gun, extra magazines, and several boxes of .45 caliber and .38 caliber ammunition. That gun was seized from Andy Marte, who was arrested, and the gun also was traced back to Cavalier. At the time, Cavalier was contacted and he told police that he checked his house and only then realized the gun was missing. Police told him to contact Trumbull police to report it missing.
According to Bridgeport Police Sgt. Jason Amato, the .38 caliber gun recovered this week was “the second firearm found in Bridgeport that comes back to Gregg Cavalier out of Trumbull. Further information was that Mr. Cavalier has a drug problem and is addicted to crack cocaine.” “This appears to be another case of an addict trading his firearms for narcotics.” Cavalier’s pistol permit was revoked in November 2011, the investigation concluded.
When interviewed by gang unit members, Cavalier admitted that he traded the two guns, along with extra magazines, ammunition and a holster, to his drug dealer, whom he knew as Andy. Cavalier was cooperative and told police he was still in possession of two other guns, which he turned over. He also acknowledged that he knew he was filing a false report when he reported the guns stolen to Trumbull police. “The community has asked where these guns are coming from. There is no single answer but this arrest illustrates that this is not just an urban problem,” said Mayor Bill Finch. “Guns from the suburbs are finding their way into the hands of criminals in our cities. This is just the latest example of why we need to strengthen our gun laws to hold accountable both the people who commit violence on our streets but also the people who provide the means.”
The recovered handguns will be test fired to determine if they were used in any crimes in Bridgeport.  So-called straw buyers legally purchase guns and then provide them to individuals who legally can’t possess firearms.  “You don’t have to look far to see the results,” said Gaudett. “In New Haven, a brother police officer paid the ultimate sacrifice.”
Officer Robert Fumiatti was shot in the face in 2002 by a drug dealer. The gun came from a Milford addict who traded it for drugs.  Fumiatti survived but died at 35 years old in 2007 from his injuries.  Lewis faces drug and narcotic counts and was held on $300,000 bond.
Cavalier was charged with illegal trafficking of a firearm, two counts of carrying a pistol without a permit and two counts of illegal transfer of a firearm.
« Car Battery Didn’t Make The Weekend?
Worker falls through roof »