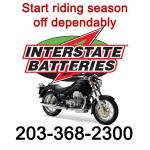 (Bridgeport, CT — May 9, 2013) – A 19-year-old who attacked two police officers at his home is charged with attacking a third officer in the hospital.

The police officer at the hospital required stitches and had multiple lacerations and a bite injury to her face.

Moore was taken to Bridgeport Hospital for evaluation Friday after an incident at his house on Dover Street in which two officers were injured, including one who was struck on the head with a marble funeral urn.

That night, Moore was checked out and being prepared for transport to police booking. The officer who was guarding him had to remove his shackles so he could dress, and when she did, Moore suddenly attacked her. The two wrestled to the ground as Moore tugged repeatedly at the officer’s service weapon.  The officer rolled over onto her right side to prevent him from accessing her gun and defended herself, striking Moore several times in the face.

During the struggle, Moore bit the officers in the face, and called out that he “got the gun.”

This kept hospital security out of the room until the officer called out that he did not have the gun. At that point, security and staff entered the room and gained control of Moore. The officer was treated for her injuries.

The original incident happened earlier Friday when police responded to 313 Dover St. on a report of a 19-year-old out of control.

When officers arrived, they had started up the stairs a when a male emerged naked from a bedroom and struck one of the officers repeatedly with a marble urn, causing him to fall back down the stairs. The second officer suffered puncture wounds to his leg after he was bitten by a dog.

Moore faces a range of charges, including three counts of assault on a police officer.