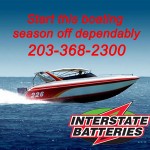 #Bridgeport CT—A 37-year-old was arrested with narcotics with his 4-year-old child in his car.  Officers Michael Stanitis and Fabio Pereira stopped Wednesday to check out an illegally parked car in a high drug activity area on Sixth Street. When police pulled up, the driver drove off and was pulled over moments later.

The officers noticed the operators moving around in the car and, when they approached, the driver, Terriance Williams, stated that he had a suspended license.

Police verified that and conducted an inventory as they prepared to tow the car. They found a baggie containing what appeared to be crack cocaine on the driver’s seat. When they removed Williams from the squad car, they found more apparent crack cocaine on the seat of the cruiser. The suspect’s 4-year-old child was picked up by his mother and police brought Williams to police headquarters.

There, when he was searched, police and booking officers found a baggie between his buttocks that contained pills.

Williams faces motor vehicle counts and charges of possession of narcotics, possession with intent to sell and risk of injury to a minor.