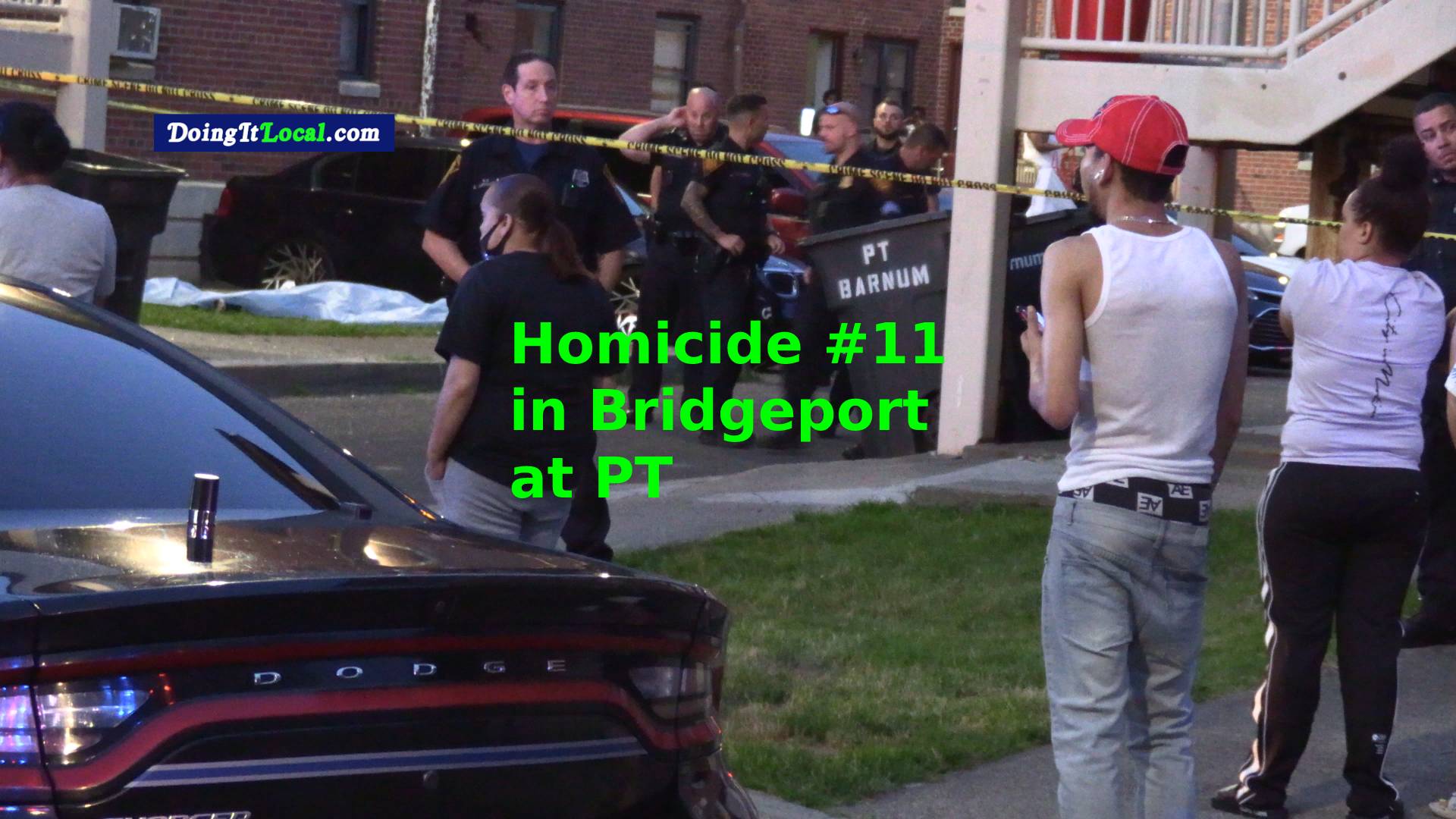 On June 13, 2022 at approximately 8:30 pm, Bridgeport Police responded to the PT Barnum Housing Complex on a ShotSpotter activation and citizens reporting numerous shots fired with a person shot near buildings 10 and 11.

Patrol Officers and AMR Ambulance responded to the scene to find a 22-year-old Shelton man laying down on the ground next to building 11 suffering from numerous gunshot wounds.  Medics pronounced the man deceased at the scene.

Bridgeport Patrol Officers secured the crime scene and notified the Detective Bureau (DB).  The DB Homicide Squad has taken charge of the investigation with Detectives from the Identification Unit currently collecting evidence within the housing complex.  Detectives are working several leads and the scene remains active.

The Bridgeport Police Department has notified next of kin.  We offer our sincerest condolences to the family and friends of the victim.

Anyone with information about this crime is encouraged to call Homicide Detective Thomas Harper at 203-581-5239 or utilize the Bridgeport Police Tips Line at 203-576-TIPS.