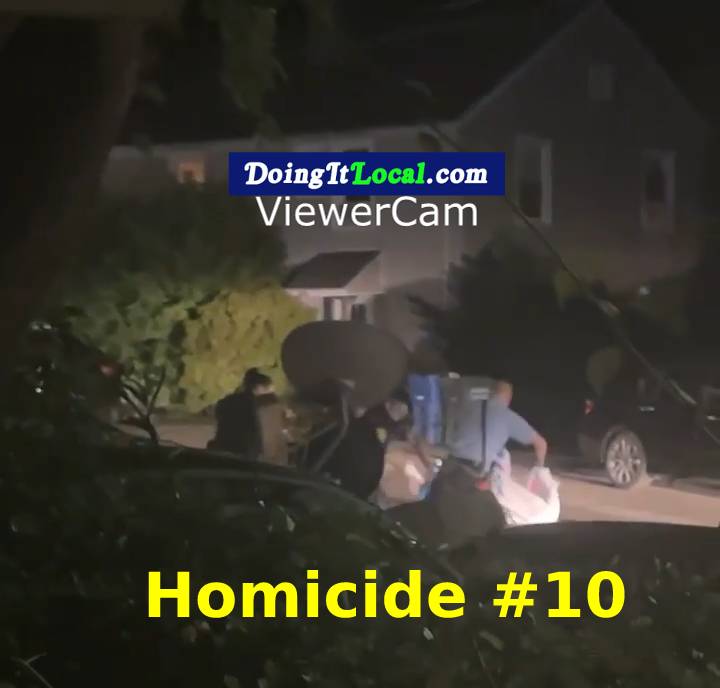 Bridgeport Police UPDATE:
On June 10, 2022, at approximately 1:25 am Bridgeport Police responded to the 100 block of Pricilla Circle on several reports of a party shot. Upon arrival, Patrol Officers located a 37-year-old Bridgeport man lying down in the street suffering from multiple gunshot wounds. AMR ambulance arrived and quickly transported the victim to an area hospital. Patrol Officers secured the crime scene and notified the Detective Bureau (DB). The DB Homicide Squad has taken charge of the investigation with Detectives from the Identification Unit. They have since processed the crime scene, collected several items of evidence, and are working several strong leads. This appears to be an isolated incident where the victim knew his attacker(s).

The Bridgeport Police Department has notified the next of kin. We offer our sincerest condolences to the victim’s family and friends.

Anyone with information about this crime is encouraged to call Homicide Detective Martin Heanue at 203-581-5242 or utilize the Bridgeport Police Tips Line at 203-576-TIPS.

2022-06-10@1:25am–#Bridgeport CT– Police reported that they received calls for shots fired at Priscilla Circle and saw a male party being pushed out of a vehicle. Officers responded to the scene and located a victim in the middle of the road & recovered a firearm and multiple shell casings. Medics and DB responded.

Police said the person had unknown injuries in the press release by my sources confirmed the person died. It MAY be the result of long time feud with a neighbor. Detectives are investigating.
Anyone with additional information is asked to contact the Bridgeport Police at 203-576-TIPS.