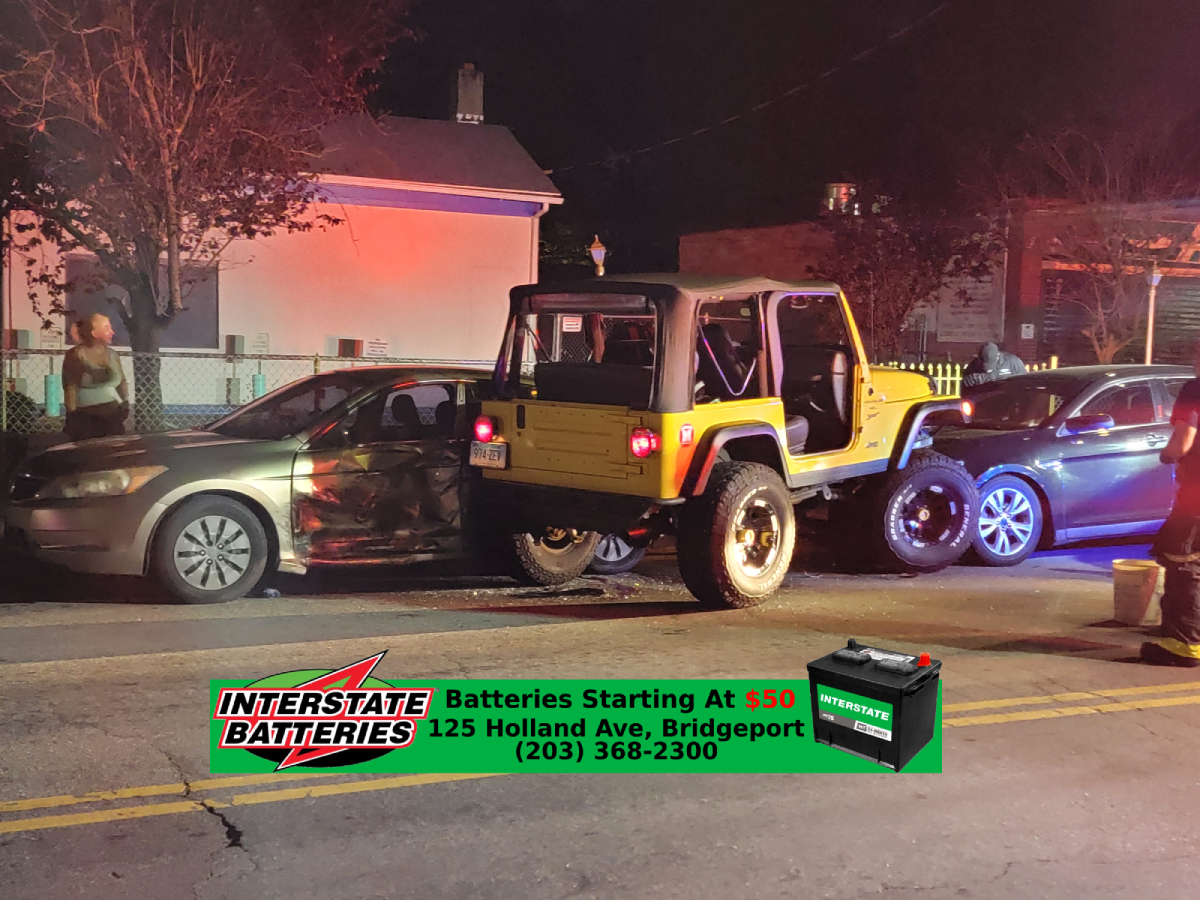 Police UPDATE: On August 11, 2022, at approximately 2117 hours the Bridgeport Emergency Operations Center received a call of a motor vehicle accident at Grandfield Ave. and Success Ave. The caller stated, a Jeep later identified with misuse pates struck two parked vehicles, and the operator (Andre S. Pickens of Monroe, CT) was ejected from his vehicle and came to rest underneath a parked car. American Medical Response, Bridgeport Fire Engine # 6, and the Bridgeport Police were dispatched to the location. The units arrived on the scene, and it appeared a 2001 Yellow Jeep Cherokee was traveling west on Grandfield Ave. and struck two unoccupied vehicles in the eastbound lane and came to rest on top of the second vehicle’s front end. The operator (Andre S. Pickens) was standing in the roadway with a severe head injury. American Medical Response arrived on the scene and transported Mr. Pickens to Bridgeport Hospital. The scene was secured, and the Bridgeport Police Serious Crash Team was notified and requested to come to the scene. The Emergency Operations Center received a call from a female party at approximately 2120 hours. The party stated, that her vehicle was hit by a Yellow Jeep at the intersection of Boston Ave and Success Ave. The Jeep made a right turn onto Success Ave. and left the scene. Party stated, that she would be waiting at the Shell gas station. Units responded to her location and confirmed she was traveling west on Boston Ave in a 2010 Gray Honda Civic and stopped at the red light at Boston Ave. and Success Ave. She was struck in the rear by a 2001 Yellow Jeep, and the Jeep turned right onto Success Ave. and left the scene. She stated, that she didn’t sustain any injuries from the accident and refused medical attention. The Bridgeport Police Serious Crash Team arrived on the scene and reconstructed the scene. Officer Judson Brown Jr. and Officer E. Quiles made a follow-up to Bridgeport Hospital to interview Mr. Pickens and check on his status. Mr. Pickens was unable to give details of the collision and unable to complete a Written Field Statement. Mr. Pickens sustained several lacerations on his head. Officer Judson Brown Jr. and Officer E. Quiles were able to obtain video footage from the Shell gas station located at 1917 Boston Ave. The video confirmed the female party’s statement.The Serious Crash was assigned to Officer Judson Brown Jr. Anyone with addition information is asked to contact the Bridgeport Police at 203-576-TIPS.2022-08-11@9:17pm–#Bridgeport CT– Two people were reported injured in this crash on Grandfield Avenue.