NO Active Shooter At Mall 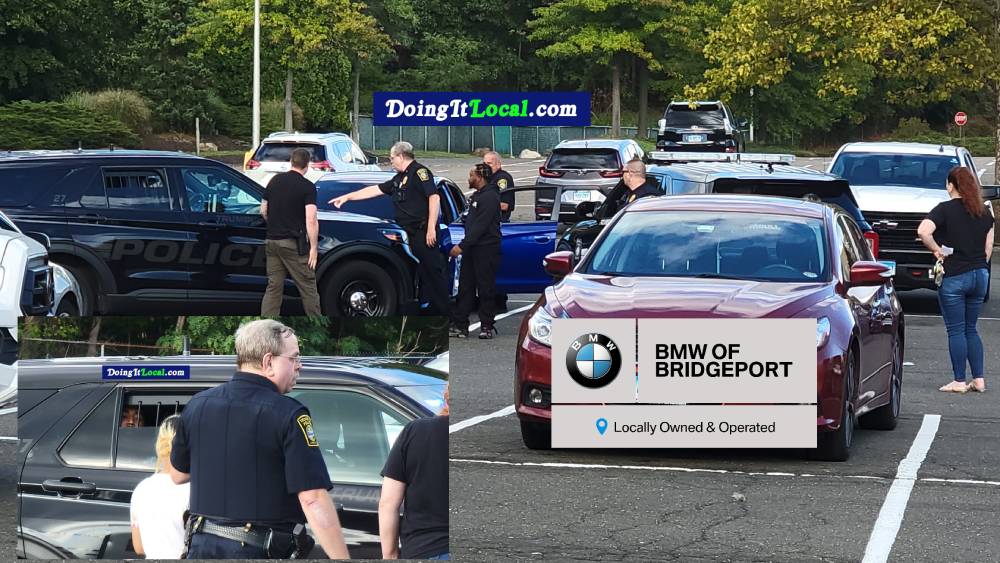 On Tuesday, September 20, 2022, the Trumbull Police were called to the Westfield
Trumbull Mall to investigate several reports of an armed robbery involving a firearm.
Responding officers were able to locate and identify the men that were involved, and
recover a firearm that was discarded nearby. Pedro Diamond, age 22, of Merrimac Drive
Trumbull, Chase Dralle, age 19, of Johnson Street Trumbull, Jeremy Romero, age 23, of
Greenwich Avenue Stamford, Tremayne Ferguson, age 21, of Sanford Street West
Haven, Isaiah Johnson, age 22, of Oak Lane Trumbull, and Derrick Rivera, age 18, of
Alsace Street Bridgeport were all arrested for their involvement in this incident.

Shortly before 4 p.m., several Trumbull police officers responded to the mall and learned
that a group of men had been involved in a fight where they attacked one man who then
removed a gun and pointed it at his attackers. All of the men then scattered and fled the
area prior to police arrival. Investigating officers learned that there was not an actual
robbery, but an altercation had occurred between these men in the lower level area near
Macy’s. It was also learned that as Rivera fled, he discarded a “fanny pack” near the
Macy’s upper level walkway. Officers took these six (6) men into custody as they
attempted to flee and officers also recovered the “fanny pack” that was discarded by
Rivera which was found to contain a loaded .22 caliber pistol, and a bag of marijuana.

September 20, 2022 Page 2
Rivera was arrested and charged with Threatening 1st degree, Reckless Endangerment,
Carrying a Pistol without a Permit, and Breach of Peace. He was held on a $10.000 bond,
and is scheduled to appear in Bridgeport Superior Court on September 30, 2022. Rivera
was also issued an Infraction for Possession of Marijuana.

Diamond, Dralle, Romero, Johnson and Ferguson were arrested and charged with Breach
of Peace. They were each held on a $500 bond, and are scheduled to appear in
Bridgeport Superior Court on September 28, 2022.

NO Active Shooter At Mall 2022-09-20@5:00PMish– My phone blew up with texts and messages that there was an active shooter at the Trumbull Mall. I called Frank Recchia to make some phone calls to find out more while I made my way there.. I had a city council person call me to ask about it, along with other viewers who said they received a notice on the Ring alert. I did find a gathering of about 5 police cars between the food court and the bus stop. I appeared to be a disturbance of some sort. I did see a man poking his head out of the back of the police car talking to a woman but there definitely was no shooter. I appreciate the calls and texts from everyone and of course Frank Recchia making the calls!