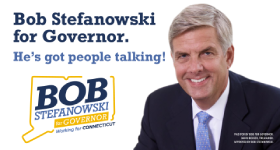 (Hartford, CT) – Attorney General William Tong this week joined a coalition of 22 attorneys general in filing a friend of the court brief in Moore v. Harper, a case in which the U.S. Supreme Court will decide whether to adopt the radical “independent state legislature theory” (ISLT) and give state legislators the sole, unchecked authority to make election rules at the expense of voters and other state institutions. The coalition is supporting North Carolina, its voters, and voting-rights organizations in their challenge.

In the brief, the attorneys general argue that ISLT lacks any historical or constitutional foundation and that its adoption would invalidate a large swath of state election law that does not come from the state legislature, such as state constitutions, court decisions, and regulations. Elections would thus become unworkable and impossible to administer.

The U.S. Constitution provides that a state’s legislature may set rules governing federal elections. Historically, the Supreme Court has interpreted “legislature” flexibly to include any state actor or entity who exercises lawmaking power. The Court has never questioned that a state court has the power to rule on election statutes and state constitutional provisions.

•             State constitutions, courts, and officials historically played an integral role in regulating federal elections: At and after the nation’s founding, states employed various institutions of state government, including their constitutions, courts, and executive officials, to set and implement the rules governing federal elections. Under the guise of originalism, ISLT calls into question what the nation’s founders themselves practiced.