Local News in Bridgeport, Fairfield, Stratford, Norwalk, and Beyond!
POLICE UPDATE: The male body recovered from Bridgeport Harbor yesterday has been positively identified as Universal Yancey. Yancey had an outstanding warrant for attempted murder stemming from the stabbing assault of his girlfriend last week in Bridgeport. Detectives are still investigating the manner and cause of Yancey’s death.
Bridgeport Police UPDATE: The fire department assisted with the recovery from the water and turned the body over to the state’s medical examiner.   There were no visible signs of death on the body, the ME will conduct a full autopsy and investigation to determine cause of death.  There is not a confirmed identification of this person, only what has been described from appearance, which is a male victim seemingly in his 30-40’s and African American.  The Bridgeport Police Detective Bureau are still on scene, as this is an active investigation.
#Bridgeport CT– A body washed up ashore near the light house near the new power plant at 1 Atlantic Street. The body was discovered in about 2 feet of water and firefighter’s rescue boat was called to help recover the body.
Bridgeport Police Statement: At 11:47am Bridgeport dispatch received a call reporting a body in the water in the area of 1 Atlantic Street near the Bridgeport Harbor Power Plant. At this time all public safety and emergency departments are at the scene to recover the body. At this time, there isn’t any type of identification. Any updates will be forwarded upon receipt as this investigation will ensue. 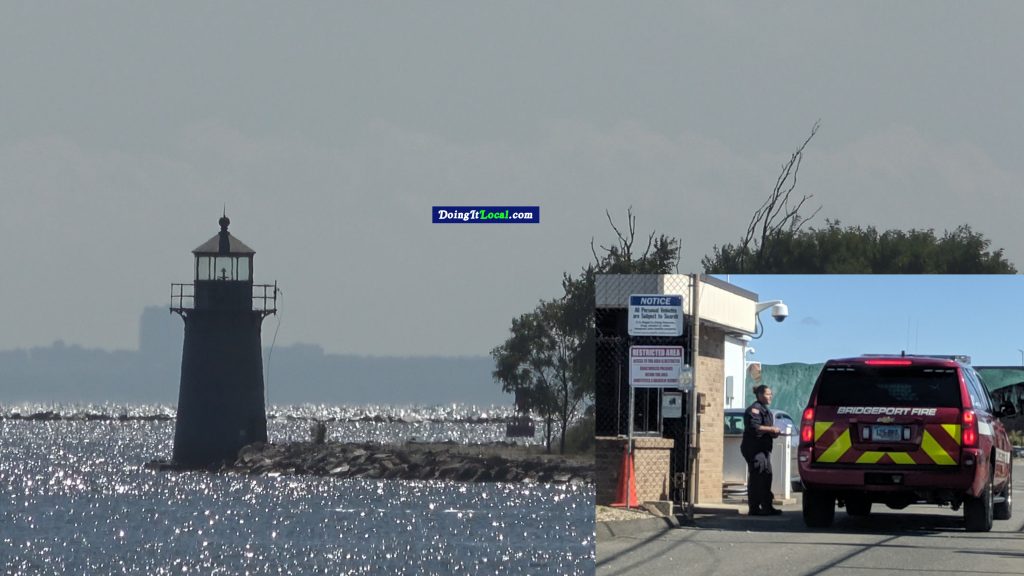