#Bridgeport CT–At 4:58pm  Tuesday, February 18, 2020, the Bridgeport Emergency Communications Center received a call from a citizen reporting suspicious parties in a building in the 2200th block of Main Street. Upon arrival, the Bridgeport Police came across two men in an apartment later identified as Ta’Ron Pharr and Jaylen Wilson. As police began their questioning Pharr ran out of the apartment and after a short foot pursuit was apprehended. On his person was drug paraphernalia and during the pursuit, the officers recovered a firearm that Pharr had tossed. Wilson was arrested at the building with no incident. 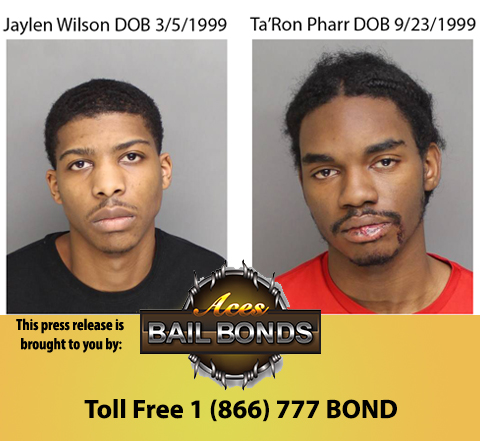