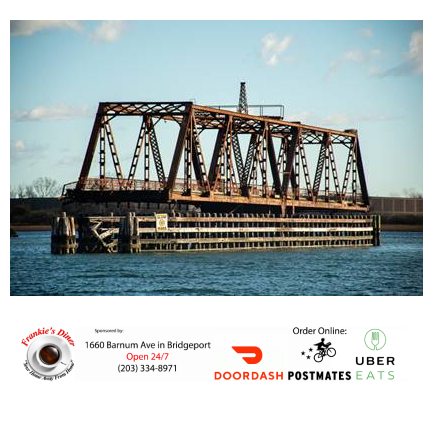 Bridgeport’s Pleasure Beach will be on the receiving end of some much-needed maintenance. The bridge that was once connecting the city’s East Side of Bridgeport to the small island will be getting demolished within the next few weeks. The city has contracted Terry Contracting for the project, with the hopes of solving many safety issues that have been a concern for the city.

Since the mid-1990s, the bridge has been out of service due to damage by a fire that tore through the bridge’s walkway. In addition to this, the bridge has been the focal point of being struck by oil barges numerous times since its closure. With public safety being a priority, the City of Bridgeport procured RACE Coastal Engineers to design and permit the demolition of the bridge. Permits have been put in place through the United States Coast Guard, Army Corp, and the Department of Energy and Environmental Protection.

Mayor Ganim stated, “As much as we hate to see a piece of the city’s history be demolished, we are looking forward to taking increased safety measures to protect all who wish to continue to utilize Pleasure Beach. The demolition of the bridge will bring a peace of mind to all marine travelers in the area.”

The demolition of the bridge will cost approximately $2.7 million, with half of the funds coming from State bonding, a quarter from City capital, and a quarter from the American Rescue Plan Act. The demolition will continue through the summer and possibly into fall of 2023. The channel will still be open to all marine traffic unless noted otherwise by the Harbor Master and the US Coast Guard.