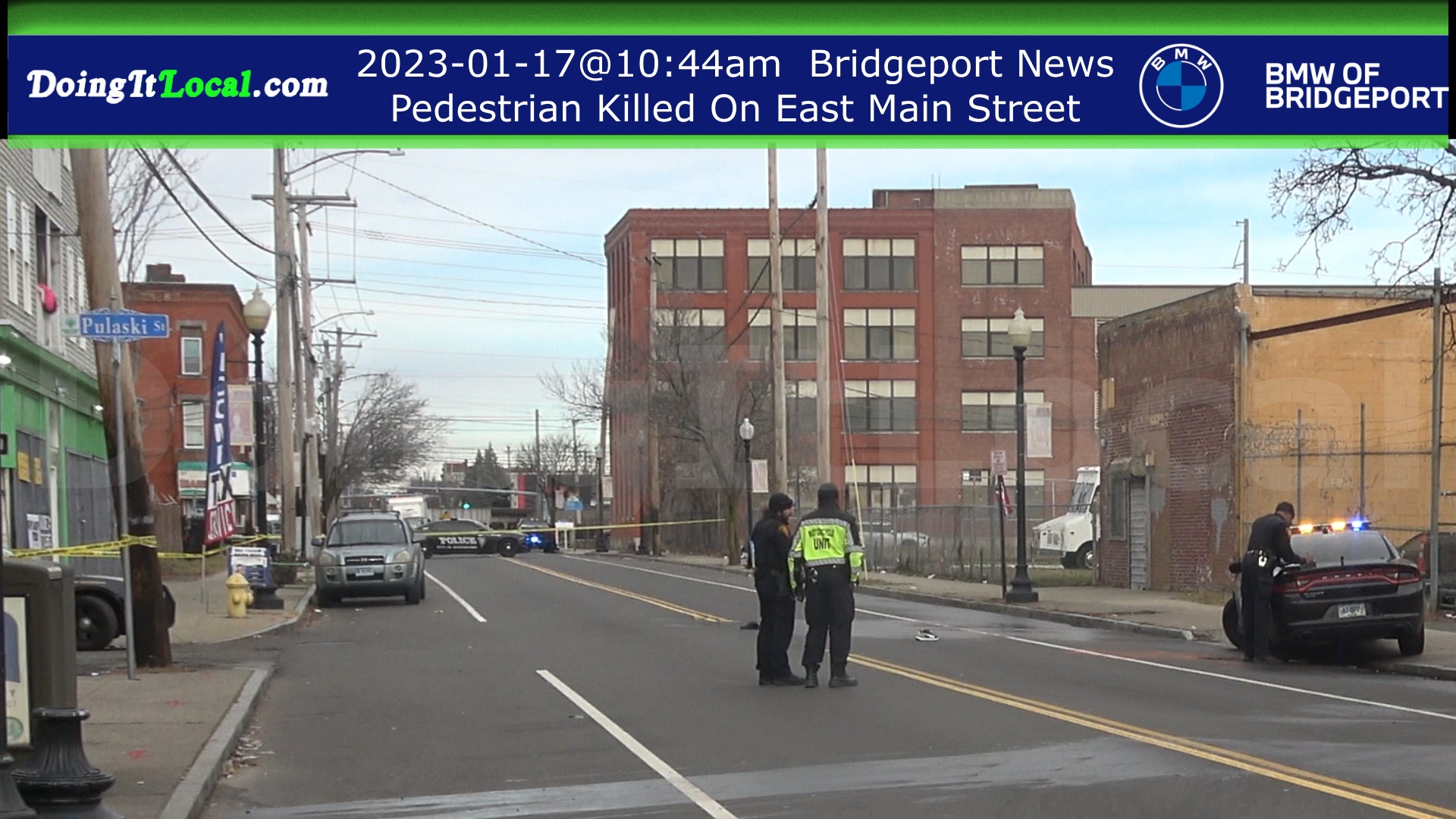 Police UPDATE: On January 17, 2023, at approximately 1044 hours, the Bridgeport Emergency Operations Center received a phone call stating a pedestrian was struck by a dark green Toyota Camry, bearing Connecticut Classic registration 00SHRD, at the Intersection of East Main Street and Pulaski Street. The witness stated the pedestrian was bleeding from injuries sustained from the collision, and a dark green Toyota Camry drove away from the scene.

American Medical Response, Bridgeport Fire Engine E1, and the Bridgeport Police were dispatched to said location. Upon arrival, officers observed the pedestrian lying in the roadway at East Main Street and Pulaski Street unresponsive. The pedestrian received medical attention from AMR, and he was transported to Bridgeport Hospital. The pedestrian was later identified as 52-year-old Rafael, Davila from Bridgeport.

The next of kin was notified, and The Bridgeport Police Department sends our thoughts and prayers to Rafael Davila’s family and friends.

Anyone with information about the Fatal Crash is asked to contact Officer E. Quiles, at 475-422-6141, or utilize the Bridgeport Police Tips Line at 203-576-TIPS.

2023-10-17@10:44am–#Bridgeport CT–East Main at Pulaski Street is closed due to a fatal accident involving a pedestrian. The responsible vehicle fled the scene. If you have any information please contact the Bridgeport Police Tips Line at 203-576-TIPS.