On Monday, December 3, 2018, four (4) officers of the Trumbull Police Department were promoted to new ranks in the agency, taking on new leadership roles with additional responsibilities. The ceremony included two (2) new sergeants and two (2) new lieutenants.

Lieutenant Anthony Lopes has been an officer with Trumbull Police for 12 years and graduated from Central CT State University with a Bachelor’s Degree. He was most recently assigned to Support Services as a sergeant and is expected to move back to the Patrol Division as a Shift Commander soon. Lopes also supervises the department’s Scuba Team and is a certified EMT.

Lieutenant Brian Weir has 19 years as a Trumbull officer and has been assigned to the Detective Division as a sergeant for the past several years. He will remain in that assignment for now. He will complete his Master’s Degree in 2019 from Sacred Heart University. Weir is a member of the department’s Emergency Response Team and participates with the Trumbull Police Cadet program as an Advisor.

Sergeant Paul Driscoll has 17 years with the Trumbull Police Department and was last assigned to the Patrol Division. He holds a Bachelor’s Degree from Westfield State College in Westfield, Massachusetts. Driscoll is also a rider with the department’s Motorcycle Unit.

Sergeant Paul Coutinho has been a Trumbull officer for 13 years and was last assigned to the Traffic Unit. He is a certified Accident Reconstructionist and a rider with the department’s Motorcycle Unit. Coutinho is about to complete his Bachelor’s Degree from Southern CT State University. Both Driscoll and Coutinho will assume new assignments as Patrol supervisors.

The promotions were necessary following the recent retirement of several ranking officers over the past year, as well as the promotion of other officers to administrative positions. Additional vacancies for supervisor positions are expected to be filled in the near future.

Trumbull Police continue their efforts to hire more personnel to fill existing vacancies for entry level Patrol Officers; they currently have six (6) openings. The selection process is now underway to screen candidates with an extensive background investigation so that they can be scheduled for the six-month (6 month) recruit training class at the Connecticut Police Academy. The Trumbull Police Department is currently authorized for eighty-one (81) police officers of all ranks, in addition to ten (10) civilian personnel, which include Dispatchers, an Auto Mechanic, and several Administrative Assistants. 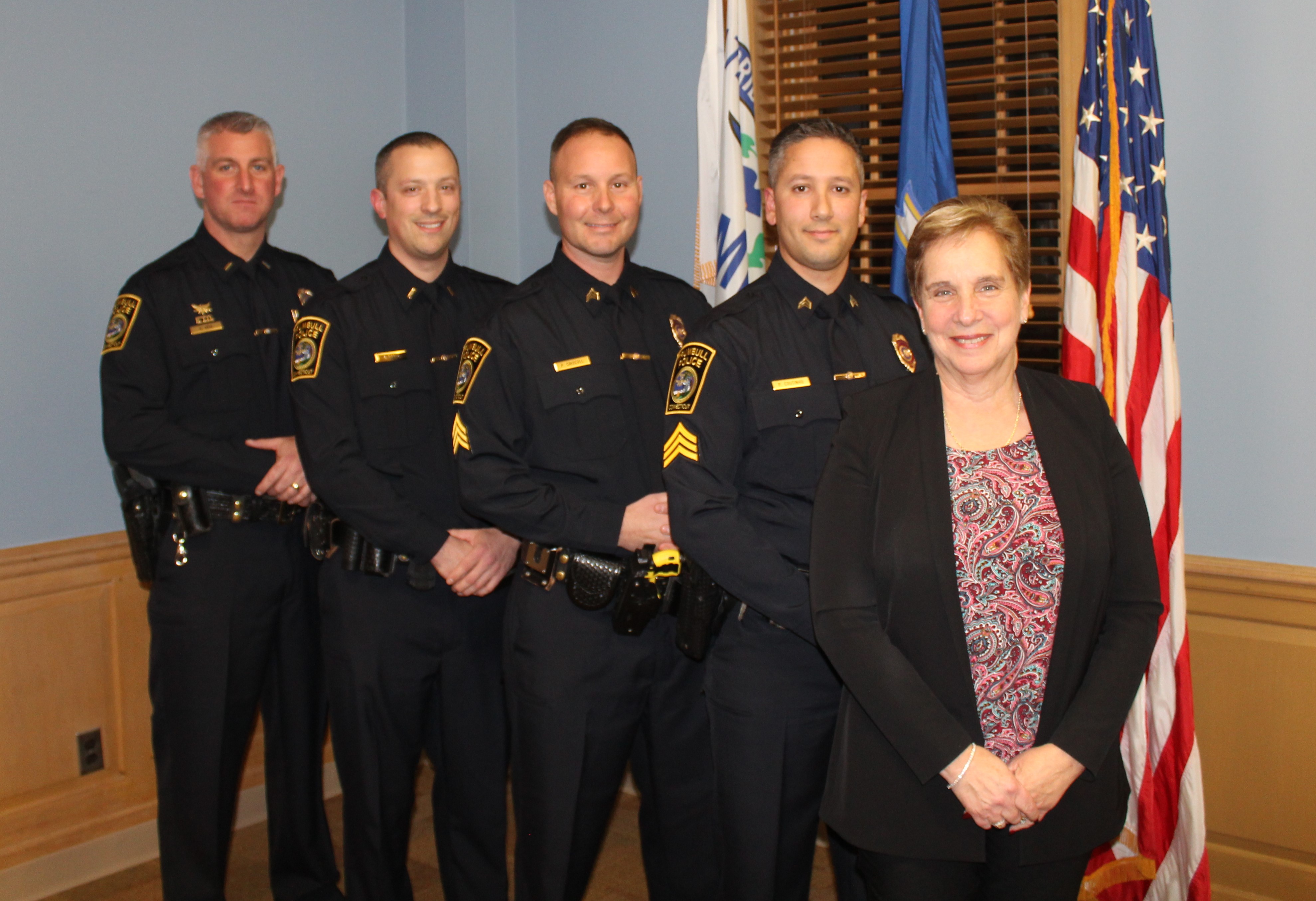