Yesterday, on July 24, 2019 at approximately 1845hrs, officers were dispatched to the area of North Avenue and Park Avenue on a report of a motor vehicle accident / pedestrian struck. Upon arrival officers were advised that the victim was transported by AMR to Bridgeport Hospital for related injuries.

Officers were advised by Bridgeport Fire Department  that a witness on scene observed the striking vehicle attempt to flee the scene. When the witness followed the vehicle, the striking vehicle then pulled into the lot on  Park Avenue. The operator, later states that as he must have been driving north on Park Avenue when the pedestrian struck his driver’s side mirror. The driver states he was unaware that he struck anyone and states that he did not see anyone in the roadway at the time. The driver states he was unaware of the incident until he was flagged down by the witness. The vehicle sustained minor damage to the driver’s side mirror. The driver was given a service complaint ticket.

Officers later performed a follow up to Bridgeport Hospital to meet with the victim.  Officers met with the parents and were advised that the vitcim was crossing the street mid-block coming from a convenience store. The victim then continued across the trafficway at which point he was struck by the vehicle. Officers advised the parents that he would be given a verbal warning for Unsafe Use of a Highway by a Pedestrian. The victim sustained non-life threatening injuries.

2019-07-24 @ 6:53pm–#Bridgeport CT– A fourteen year old boy was hit on Park Avenue between North and Pequonnick Street.  All that remains his his bag of chips, the striking vehicle attempted to flee but was stopped by witnesses around the block.  The boys was alert and talking to EMS according to witnesses. 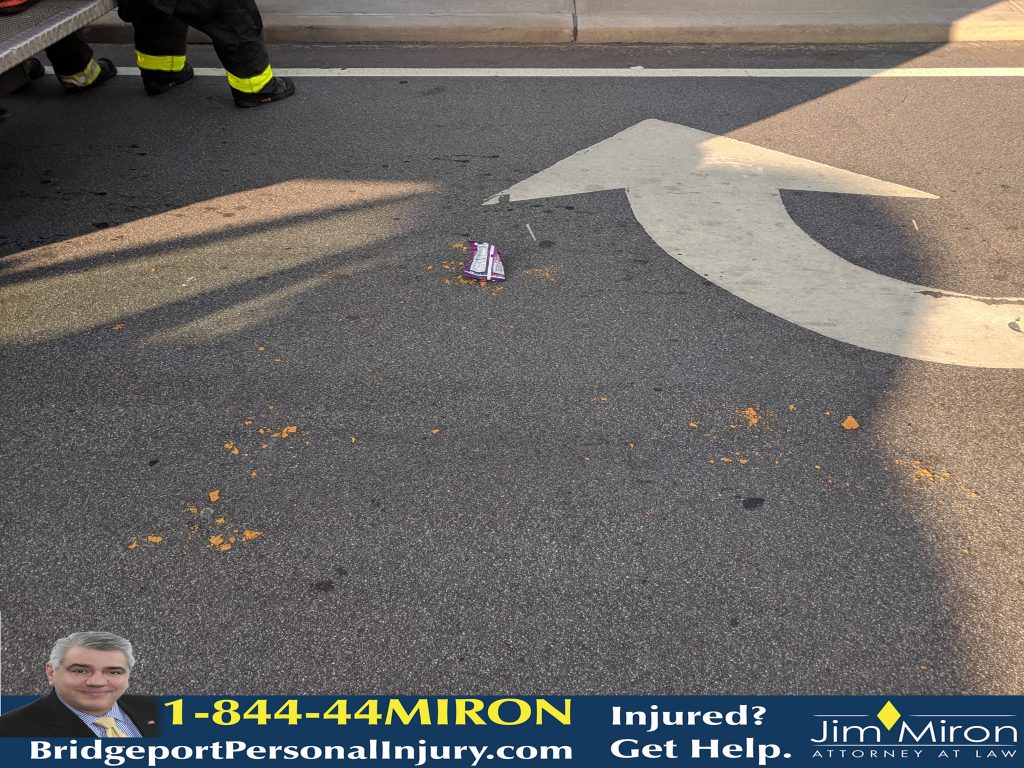