The victim was identified by police as Leogiovanni Fernandes.  He was a Bridgeport resident.

Police Press Release: On September 8, 2019 at 2121 hours, two gunshots were fired on Gem Avenue near Whitney Avenue. A 21 year old old male was shot in the head and neck while seated in a vehicle, and the vehicle operator fled the scene, attempting to take the victim to the hospital. The driver entered Route 25 southbound and was involved in a motor vehicle accident at the on ramp to Interstate 95 northbound. The driver was not injured. The passenger who was shot, was transported by medics to Bridgeport Hospital where he was pronounced dead. Bridgeport detectives are processing a crime scene on Gem Avenue and the Connecticut State Police are investigating the motor vehicle accident. The motive for the shooting is undetermined at this time. Anyone with information about this incident is asked to call Bridgeport Police at 203-576-TIPS (8477).

POLICE UPDATE: The gunshot victim did die. They believe it may have been connected with the Gem Street shooting but this has NOT been confirmed. 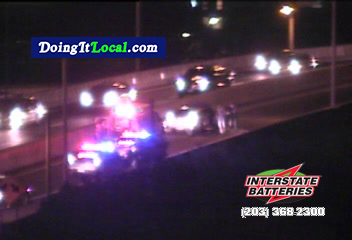