According to police reports, at approximately 2200hrs on 10/28/19, police ran the plates of a Acura TL that was suspected stolen. After running the plates through the database, the car was confirmed to be stolen. Police then attempted to stop the vehicle that was occupied with 5 passengers. The 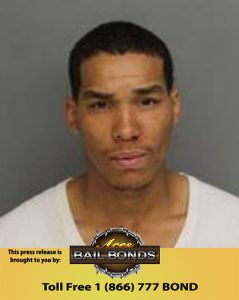 vehicle refused to stop. Police were then lead into a brief pursuit cover 4-5 street but end on Laurel Ave in a motor vehicle accident when the suspect ran the stolen vehicle into the passenger side of the police vehicle. One suspect(driver) then fled the vehicle leaving behind the other passengers.  With the support of the State Police K-9 unit, police were able to use the scent of the suspect from the vehicle to find him blocks away a short time after. All occupants other were detained at the suspect for a short time but later release without any charges. The suspect was identified as Jahhedd John of Norwalk, Connecticut (DOB:5/3/1997). He was first transport the hospital for treatment related to the deployment of the airbag in the stolen vehicle he was operating.

The officer involved in the MVA was also transported to the hospital for injuries related to the impact of the crash.

Jahheed John was charged with Reckless Driving, improper turns, improper turns/stop signaling, larceny 3rd degree, and interfere with officers/resisting. He was being held on a $30,000 bond.

2019-10-28@10:02pm–#Bridgeport CT– A short pursuit of a stolen car came to an end on Laurel Avenue near Linwood Avenue when the stolen vehicle hit a patrol car coming to a halt on the sidewalk, not damaging the parked vehicle. The police was injured with what appeared to be non-life threatening injuries. The passenger was quickly apprehended and transported to the hospital. The driver of the car fled on foot and lead police on a manhunt for a about an hour. State police assisted with their K-9. He was apprehended on on Wood and Maplewood Avenue and was complaining of neck injuries and was also transported to the hospital.