FAIRFIELD, Conn.—State legislators joined professors at Sacred Heart University recently for a discussion on policy, coinciding with the release of Prof. Gary Rose’s new book, “Connecticut in Crisis: Policy Challenges and the 2018 Contest for Governor.”

The panel discussion, which took place in the Frank and Marisa Martire Center for the Liberal Arts forum, was moderated by Prof. Lesley DeNardis, SHU’s director of the Institute for Public Policy, who also wrote the foreword for Rose’s book. Panelists included Rose, chair of the department of government, and the University’s legislators in residence: state Sen. Tony Hwang (R-28th District), and state Rep. Cristin McCarthy Vahey (D 133rd District). The talk focused on Rose’s book, which was available for purchase at the event.

DeNardis described the book as a “phenomenal analysis” of the “long-simmering fiscal problems in Connecticut that captured national attention and put the state in the bottom ranking in many state comparisons.”

The book aligns with the launch of a year-long policy series delving into various areas, with the text as a guideline, and inaugurates the school’s legislators in residence program, bringing legislators in contact with students to inspire them to pursue public service. Though spanning the period from the state’s glorious manufacturing boom of the 1950s to the darker, modern day marked by urban decay and financial difficulties, the book adopts a hopeful look forward.

“I have lived in Connecticut my whole life and felt it was time to write a book that called attention to the problems besieging this state—a clarion call to action. I wanted policy makers, in particular, to read and recognize we have serious problems,” Rose said.

Providing a topline view of the state’s current predicament, Hwang said, “In 2008, we had the crash, and Connecticut hasn’t been able to recover. The safety valve was stripped away. We had neglected the critical decisions that had to be made.”

Vahey offered, “Every day is an inflection point. People made decisions without thought about impact. I think we’re walking out of the woods, but we still have some trekking to do.”

Rose drew a bullseye on taxes as a problem. “If there’s a root cause of our problems, I thought it was the taxation issue. It had a suppression effect on many aspects. You can’t dismiss the fact that taxes are so high. Young people intend to leave when they get their degree,” he said.

In reply to Rose’s view, Vahey said, “Taxation is certainly a piece that we hear about from voters. But we’re not dissimilar from tax structures elsewhere in the tri-state. You have to look at everything.”

Hwang offered another view. “I’ve always maintained that Connecticut doesn’t have a revenue problem; it has a spending problem. Our population has been flat while the cost of government has risen. We’ve had no discipline with spending. Once you start funding a service, it’s hard to say no. We now have fixed costs that virtually surpass our intake. Budgeting is all about prioritizing—you can’t buy champagne when you’re on a beer budget,” he said.

Rose pointed to pension liabilities as problematic. “It seems the ratio of public employees to non-public has really gotten out of hand. And the influence the public employee unions have had is a serious issue,” he said.

Hwang called out another bane. “Last year, the budget took a long time to approve, which isn’t necessarily a bad thing, as we worked together. Now we’re back to government as usual, done in a room with the governor and Dem leadership. One party rule doesn’t work. It produces bad documents,” he said, adding that the budget is still “quite incomplete.”

So, just what is the government doing about these issues? Vahey said Gov. Ned Lamont has enlisted a business leader to look at modernizing and streamlining government. He has also brought in leaders to work with businesses to provide loans instead of grants.”

Hwang put his finger on other issues. “For 10 years, I have tried to address the dual delivery system for nonprofits. This year, nonprofits got cuts while state employees got more benefits. When we talk about savings, privatizing nonprofits is key. And raising the minimum wage, which raises the ceiling on all employees, is bad policy and bad business,” he said.

Vahey defended Lamont, saying he is “new to all this and still figuring out how to work with legislators. I want our state to thrive; the 300,000-plus people who benefit from the minimum wage increase may provide stimulus.”

The state’s new paid family leave is another problem, as Hwang sees it. “We’ve created a new bureaucracy to administer the plan. It will continue to grow and put tax burdens on the state. The numbers don’t add up,” he said.

And how are the state government and local municipalities getting along? “Municipal aid is about 20% of the budget. Interplay between town and state is critical. We have a large range in mill rates across towns—that’s a tough issue, but then you’re talking about major structural reform,” Vahey said.

Hwang agreed about mill rates, calling them “absolutely uneven and unfair.” With frustration, he asked, “Where are we having spending reform? I don’t think anything has changed in the future prospects of Connecticut.”

If you are thinking of moving, make sure to call our sponsor! 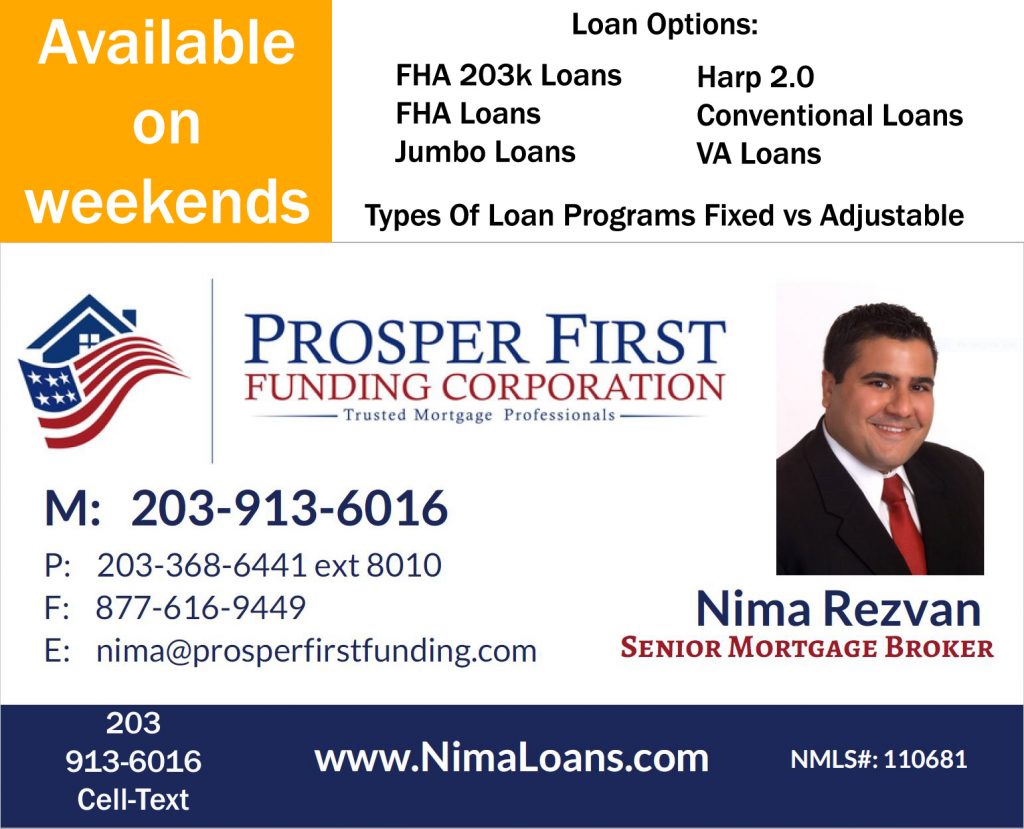