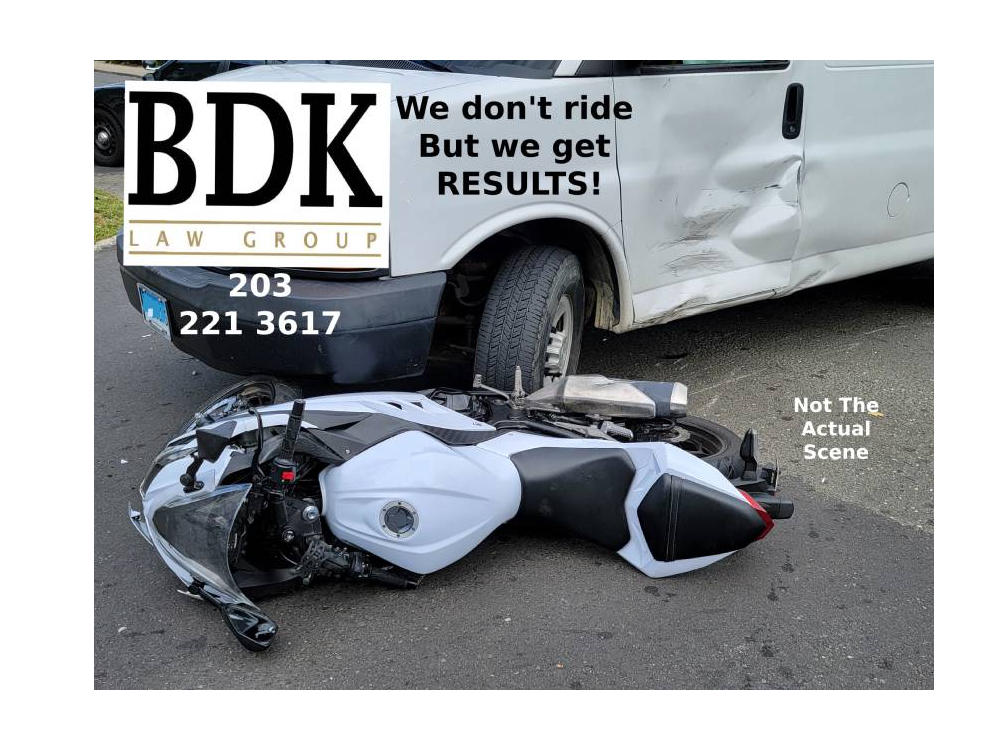 On Saturday, August 6, 2022 at approximately 5:43 PM, the Fairfield Police Department responded to a
motor vehicle collision at the intersection of Commerce Drive and Coolidge Street in Fairfield, CT. The
crash was reported to have involved a van and a motorcycle.

The initial on-scene investigation revealed that a motorcycle traveling south on Coolidge Street entered
the intersection of Commerce Drive where it collided with a van which was traveling west on Commerce
Drive. The motorcycle was occupied by two individuals, both of whom were thrown from the
motorcycle.

The two occupants of the motorcycle were transported to an area hospital with life-threatening injuries.
The operator and sole occupant of the van was not injured.
The collision is currently under investigation by the Fairfield Police Department Crash Reconstruction
Unit.

Anyone who may have witnessed this crash is asked to contact the Fairfield Police Department at (203)
254-4800.
This is an active and ongoing investigation and updates will be provided when available.

2022-08-06@5:49pm– #Fairfield CT– A crash involving a motorcycle has Commerce Drive closed from Brentwood to the Bridgeport town line as well as exit I-95 northbound exit 25. Radio reports say it will be closed for an extended period of time for the investigation.