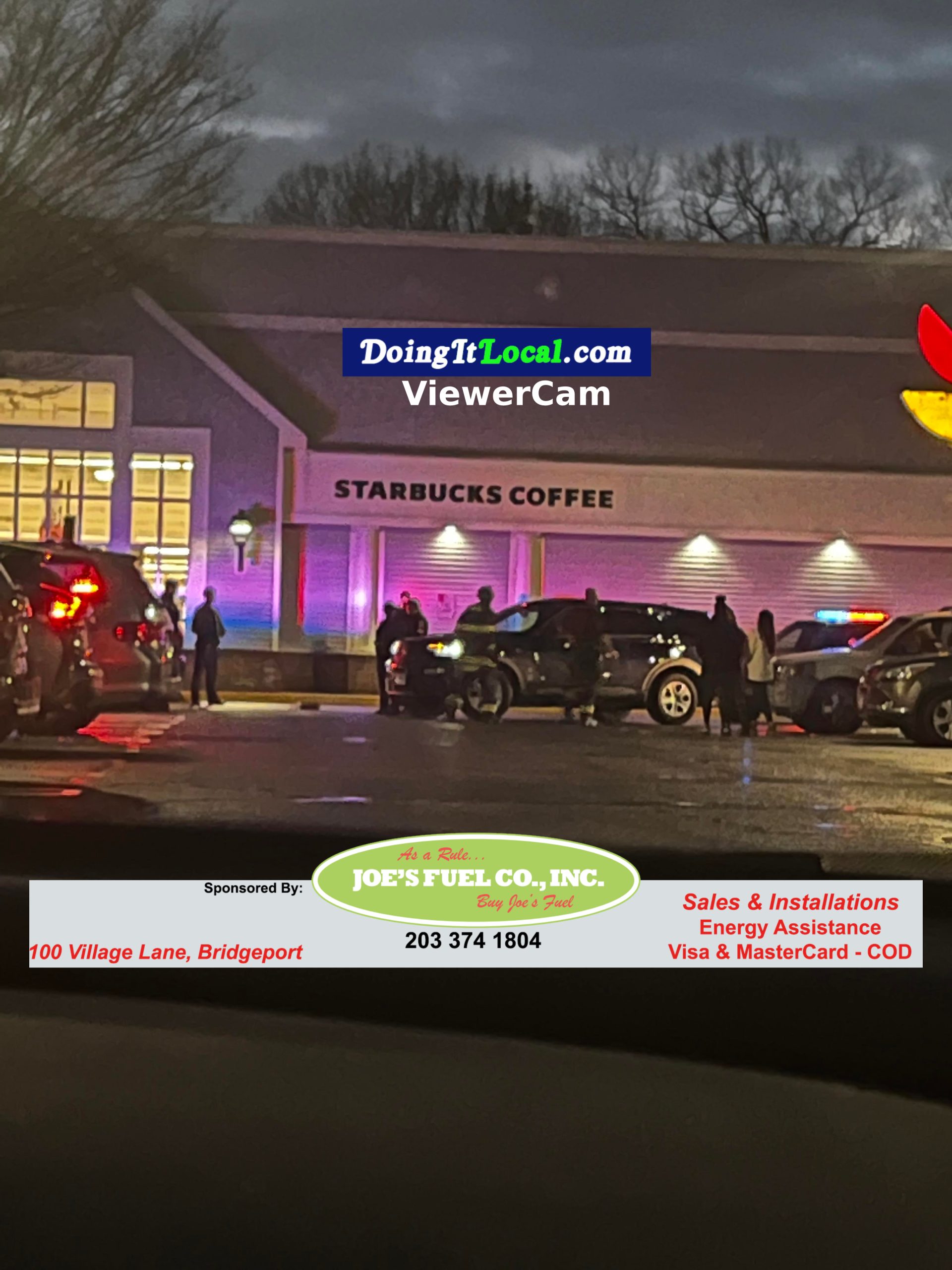 Trumbull Police charged two (2) men for fighting and causing a disturbance at the Trumbull Stop & Shop on Quality Street on Friday, January 20, 2023. Robert Zacchia, age 55, of Madison Avenue, Trumbull, and Emmanuel Andriotis, age 19, of Old Town Road, Bridgeport were both arrested and charged for their involvement in this incident.

Police investigation learned that as Zacchia was walking through the Stop & Shop parking lot, Andriotis was driving. Both men then made eye contact and arm gestures toward each other. Andriotis circled the parking lot and returned to the area of Zacchia when Zacchia approached Andriotis’ vehicle and began yelling at him. Andriotis exited his vehicle and the men continued to yell at each other in the busy parking lot. Andriotis’ passenger began video recording the incident on their cell phone, so Zacchia approached and reached into the vehicle where he grabbed the cell phone. Andriotis then punched Zacchia in his head, causing Zacchia to fall to the ground and strike his head on the pavement. Zacchia was treated for his head injury, and no other injuries were reported.

Zacchia was later discharged from St. Vincent’s Hospital where he was charged with Breach of Peace in the Second Degree (2 counts), and was released on a Promise to appear in Bridgeport Superior Court on January 30, 2023.

Andriotis was also charged with Breach of Peace in the Second Degree and was released on a Promise to appear in Bridgeport Superior Court on January 30, 2023.

#Trumbull CT–A large police response resulted from numerous 911 calls reporting a disturbance at the local Stop & Shop grocery store on Quality Street late Friday afternoon, but they only found one (1) man who had been knocked unconscious in an altercation between two (2) men. At about 4:30 p.m., Trumbull Police responded to a disturbance at this Quality Street shopping center, for what was originally reported as a pedestrian struck by a vehicle.

Responding officers found two (2) men who had been involved in an argument outside in the driveway, which was followed by a face-to-face confrontation, and an exchange of them spitting on each other. One of the men punched the other, knocking him to the ground when the other man grabbed the arm of an acquaintance who was filming the incident on her cell phone. That injured man was treated at the scene by EMS personnel and transported to St. Vincent’s Medical Center for a head wound. There were no other injuries to any others involved. Officers remained on the scene to collect witness information and expected that charges would be lodged soon. A preliminary investigation had not been completed at the time of this release.