5/26/2018–#Stratford CT–Ashley Jackson age 26 of Bridgeport was arrested following an assault at the Quality Inn located at 1500 South Avenue in Stratford. The altercation involved Jackson and another female who attended a party at the location. During the fight, Jackson stabbed the victim several times in the neck and chest with a knife. The victim was transported to Bridgeport Hospital and is in stable condition. Jackson who also sustained minor injuries was treated at Bridgeport Hospital after surrendering to officers. Jackson was charged Criminal Attempt at Murder and Assault in the First Degree. She was held on a $250,000 dollar bond and is scheduled to appear in Bridgeport Court on 06-08-2018. The investigation is ongoing at this time.

Stratford Police press release — not to be confused with the stabbing in Bridgeport last night. 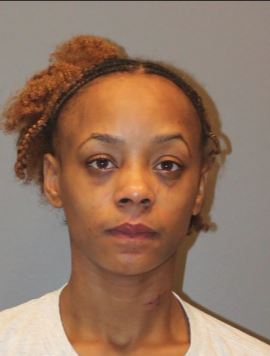