6:02pm–#Bridgeport CT– A delivery person was robbed at knifepoint in the 1100 block of  East Main Street.

#Westport Police Department’s K9 Onyx has received a bullet and stab protective vest thanks to a charitable donation from non-profit organization Vested Interest in K9s, Inc. The vest was sponsored by Family and Friends of John Buffone and embroidered with the sentiment “In memory of John Buffone – Beloved husband and Dad”. Vested Interest in K9s, Inc. is a 501(c)(3) charity located in East Taunton, MA whose mission is to provide bullet and stab protective vests and other assistance to dogs of law enforcement and related agencies throughout the United States. The non-profit was established in 2009 to assist law enforcement agencies with this potentially lifesaving body armor for their four-legged K9 officers. Since its inception,

Vested Interest in K9s, Inc. provided over 3,100 protective vests in 50 states, through private and corporate donations, at a value of $5.7 million dollars. The program is open to dogs actively employed in the U.S. with law enforcement or related agencies who are certified and at least 20 months of age. New K9 graduates, as well as K9s with expired vests, are eligible to participate. The donation to provide one protective vest for a law enforcement K9 is $950.00. Each vest has a value between $1,744 – $2,283, and a five-year warranty and an average weight of 4-5 lbs. There is an estimated 30,000 law enforcement K9s throughout the United States. For more information or to learn about volunteer opportunities, please call 508-824-6978. Vested Interest in K9s, Inc. provides information, lists events, and accepts tax-deductible donations of any denomination at www.vik9s.org or mailed to P.O. Box 9 East Taunton, MA 02718. 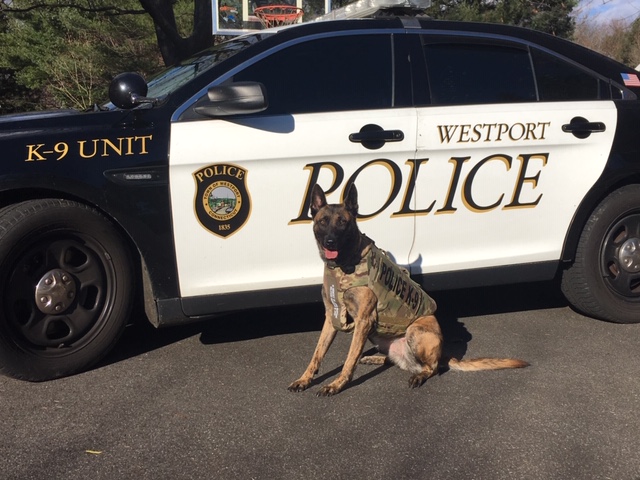 #Westport, CT – On 12/23/2018, officers responded to a Sandhopper Trail address on the report of a burglary. The victim reported her vehicle and residence, both of which had been unlocked, were entered between 1:00 am and 5:00 am while the residents were home sleeping. A purse containing credit cards and cash were stolen from the victim’s vehicle. A computer and backpack were stolen from the living room. One of the victim’s credit cards was used later that morning at McDonald&#39;s and Sunoco in Norwalk. The total value of items taken was estimated to be one thousand eight hundred and fifty dollars ($1,850.00). While conducting the initial investigation of the victim’s complaint, additional reports of burglaries came in from the Sandhopper Trail area, including Gault Avenue, Ledge Meadow Lane and Crystal Circle. Multiple video doorbell activations from surrounding residences, along with reports of suspicious occurrences/persons, were reported and shared with the police department.

As a result of our extensive investigation, Xavier Medel, 19 of Bridgeport, CT, was identified as one of the suspects. His identity was confirmed through the Department of Probation and by a Westport police officer who viewed the surveillance footage and recognized Medel from previous interactions. A combination of positive identification and a forensic examination of his cell phone ultimately led to the issuance of an arrest warrant on 12/27/2018. He is currently wanted for 53a-101 Burglary 1st, 53a-48 Conspiracy to Commit (Burglary 1st), 53a-103 Burglary 3rd, 53a-48 Conspiracy to Commit (Burglary 3rd), 53a-125 Larceny 4th, 53a- 48 Conspiracy to Commit (Larceny 4th), 53a-128c Credit Card Theft and 53a-48 Conspiracy to Commit (Credit Card Theft). Medel is aware of the arrest warrant and is actively being sought for arrest. He is believed to be armed and dangerous. Anyone with information as to the whereabouts of Xavier Medel is urged to contact the Westport Police Department. Detectives continue to investigate these incidents and are actively working to identify the other suspects. The Westport Police Department urges residents to remain vigilant in locking their doors, garages and vehicles each and every night.

On 12/28/2018 at approximately 9:15pm, Xavier Medel was taken into custody at 261 Ely Avenue, Roodner Court, in Norwalk with the assistance of the Norwalk Police Department. He was transported to the Westport Police Department where he is being held in lieu of $250,000 court set bond. This incident remains under investigation and additional suspects are being sought.

8:50pm–#Bridgeport CT– There were no reported injuries at this time in a two-car crash at Wayne and Madison Avenue. 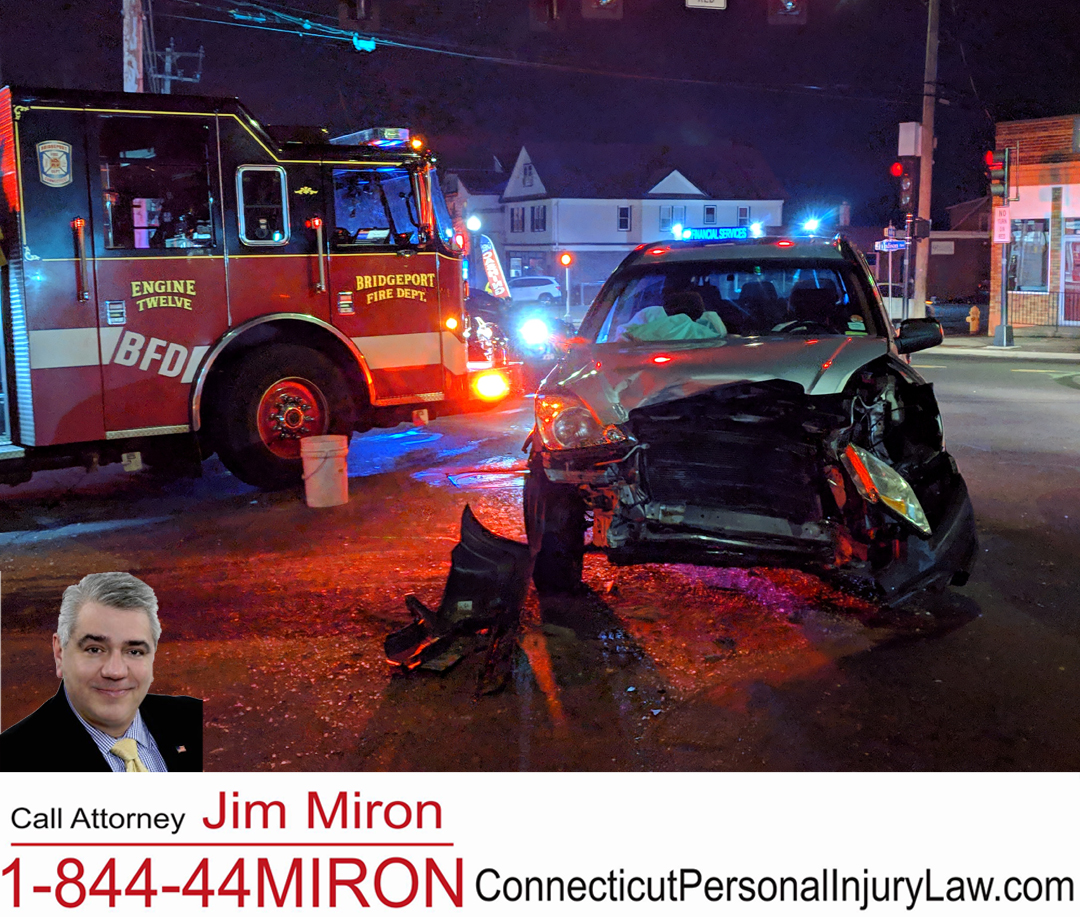 8:49pm–#Fairfield CT– CVS employees at 1968 Black Rock Turnpike are reporting that two young teen males stole a large amount of make-up and ran across the street behind Party City.  MAKE-UP your own pun to this one ! 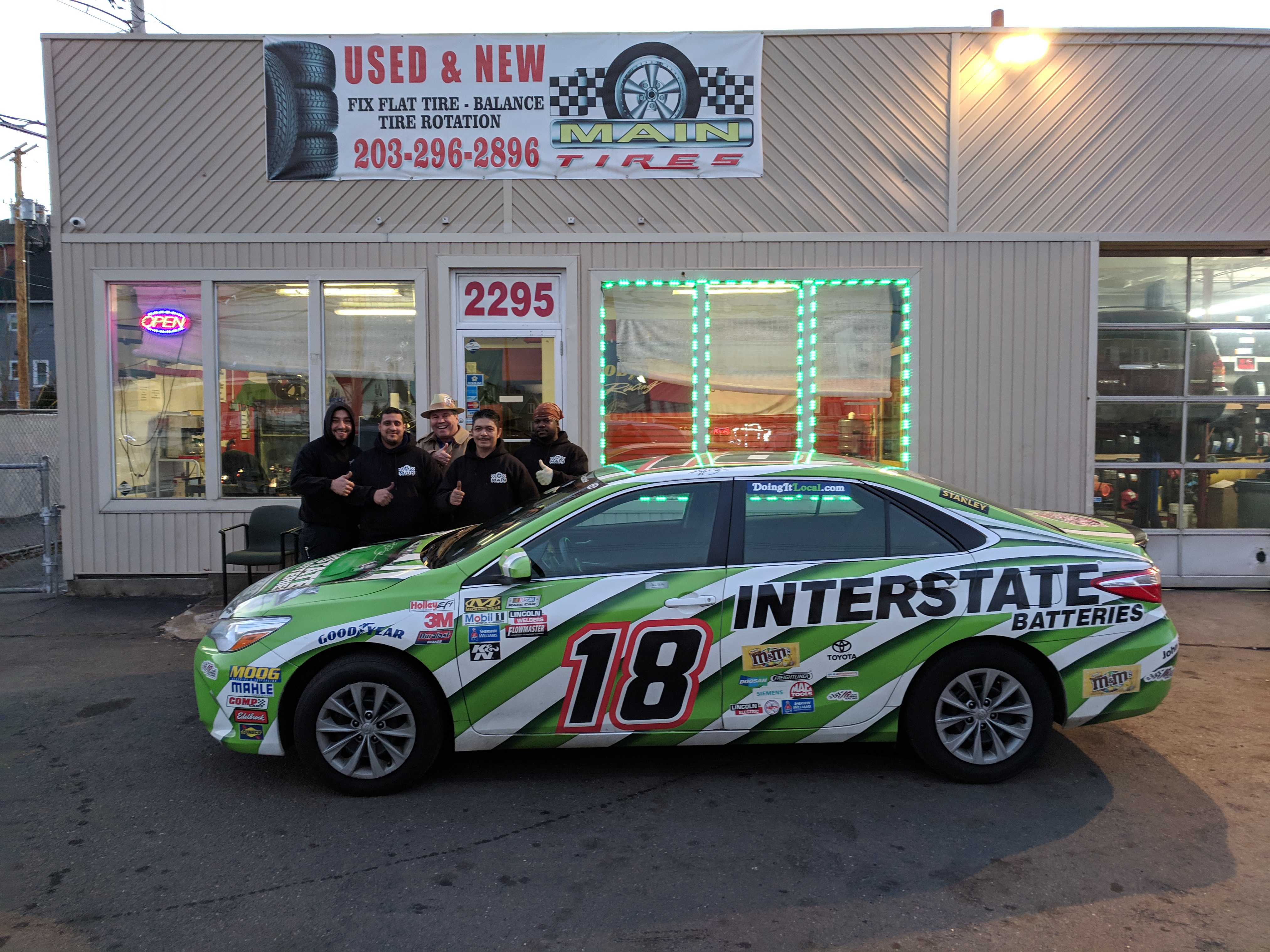 Bridgeport, CT – Mayor Joe Ganim attended the state bond commission meeting as they approved $14.6 million for key infrastructure and economic development projects for the City of Bridgeport. Funding for approved projects include $7 million for infrastructure improvements to the city-owned Sikorsky airport, $3.7 million for the reconstruction of the Congress Street Bridge, and $2.28 million to support Bridgeport’s coastal resiliency.

“We are excited for the approved funding that will have a positive impact on Bridgeport’s infrastructure and economic development potential,” said Mayor Ganim. “I want to thank Governor Malloy and the bond commission for their approval in securing the financial aid for these projects. I would also like to thank our Bridgeport State legislative delegation for their continued support.”

The $7,000,000 in investment approved by the state bond commission for the regional Sikorsky airport will be used to make improvements to runways and upgrade fire safety at the facility, in addition to other needed repairs.  Sikorsky airport is owned by the city of Bridgeport and located just over the city line in Stratford.  This state investment is expected to be matched by significant private, commercial funds in the near future that will open the door to regional passenger air service using new quiet jets that can take off and land on the existing runways without the need for any expansion.  It is supported by regional city administrations in both Bridgeport and Stratford and by area lawmakers as a new convenient travel option for regional commuters and travelers.

As a candidate for Mayor in 2015, Ganim pledged to rebuild the Congress Street bridge that has sat broken since the existing drawbridge got stuck in the upright position in 1997.  Following a federal designation this year with the leadership of Senators Blumenthal and Murphy and 4th District Congressman Jim Himes, Congress declared the river north of the bridge a non-

navigable waterway for commercial boat traffic. As such, the new bridge can be a fixed span and does not need to open, greatly reducing the anticipated cost of bridge reconstruction.  The Bridgeport City Council has approved $12 million in the city capital budget for the Congress Street Bridge in each of the last two years, and the city has also applied for a federal BUILD grant for that purpose as well.

The $1,000,000 bond approved to aid the demolition of the iconic, blighted former Remington Arms industrial complex on Barnum Avenue will help clear the way for environmental remediation of the contaminated former munitions factory.  DuPont Chemical Corporation is legally obligated to fund environmental cleanup at the former factory site once demolition is complete.  This decontamination will make it possible for significant new economic development and regional job creation, breathing new life into the now-defunct Remington factory space. 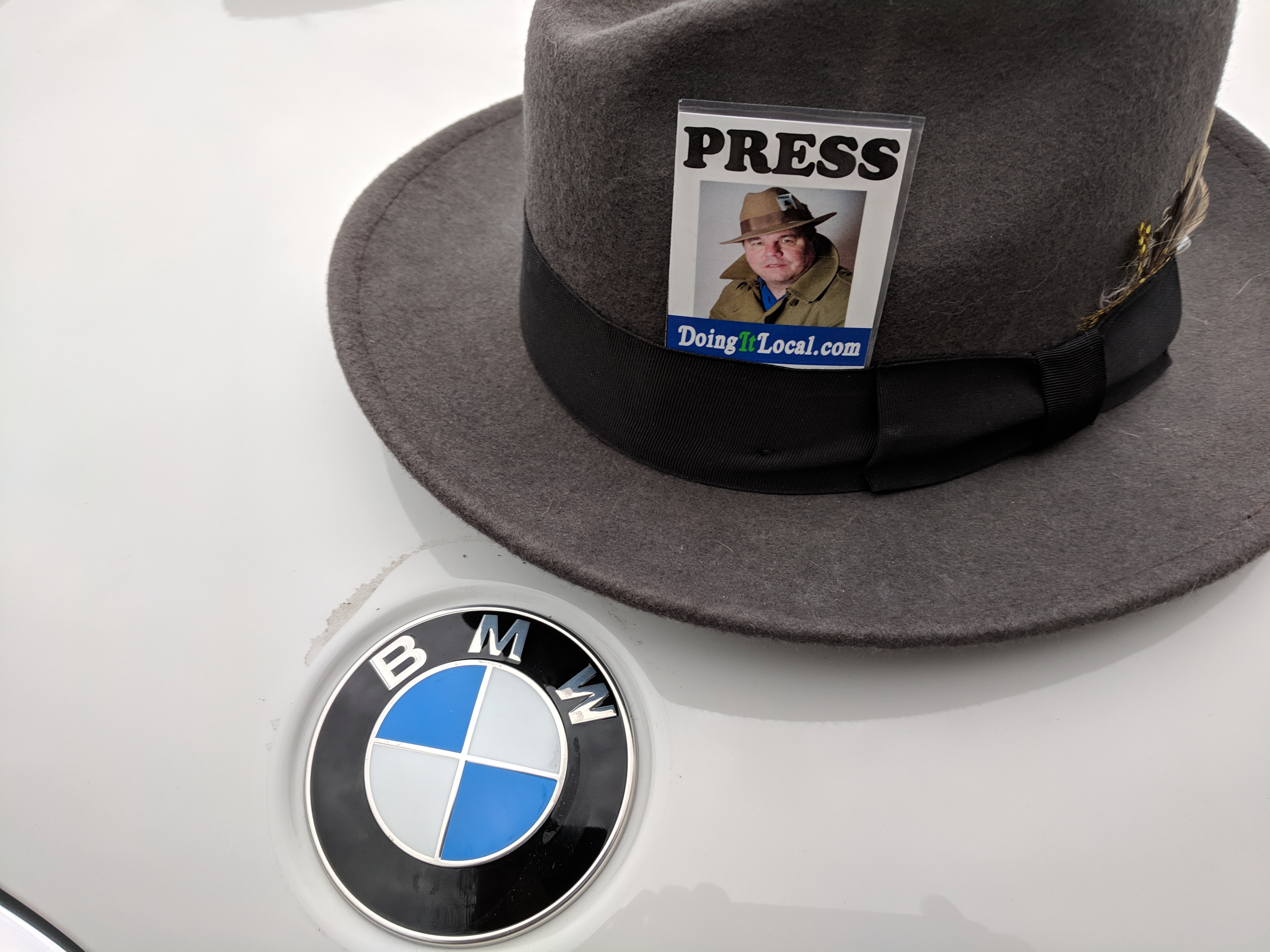 1:50pm–#Bridgeport CT– Today’s vehicle fire is located in the 200 block of Sheridan Street.  Firefighters were warned that this was a scene where the vehicle was blocking a driveway by dispatch.    Firefighters report the car is heavily engulfed in flames.

#Bridgpoert CT–2:03am– Just after 2am police received numerous calls for shots fired in the downtown area near Broad and State Street.  They received reports of a person allegedly shot outside of McLevy Green and  Tiago’s Bar and Grill at 211 State Street.  Police quickly arrived on the scene but found no one shot.  A minute later Bridgeport Police received a call from Bridgeport Hospital with a person with a  gunshot wound.  Police did find shell casing at the intersection of State and Broad Street and they were interviewing witnesses outside the bar.  The extent of injuries of the person shot is not known at this time.  According to radio reports, the employees of Tiago’s were cleared to go home by detectives at 2:45am after being interviewed.  Detectives continue to investigate the crime scene investigating. 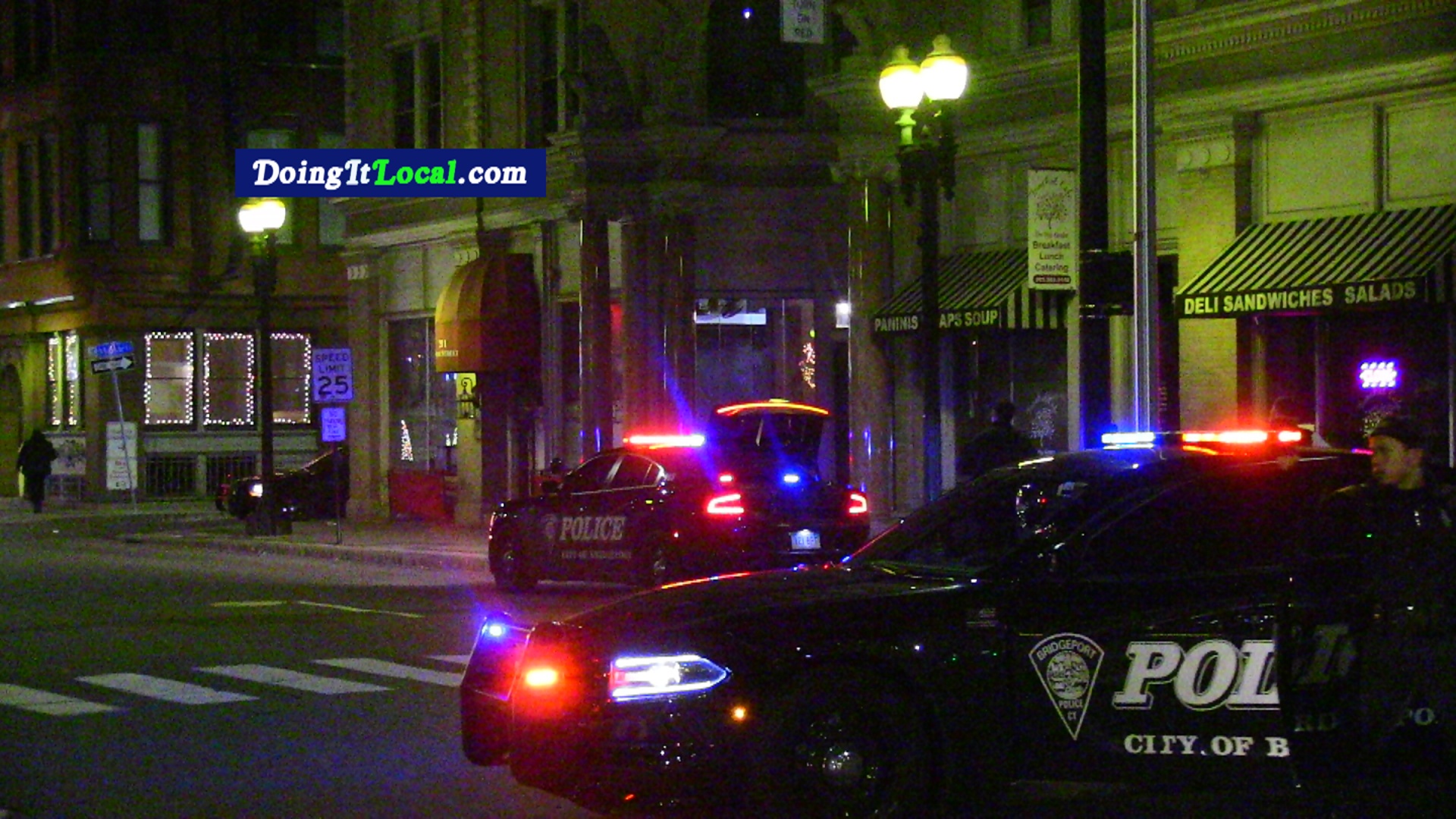 12:49am–#Bridgeport CT– Police are receiving numerous calls for shots fired in the Park Street – Gregory Street area.  So far no one or anything reported hit. 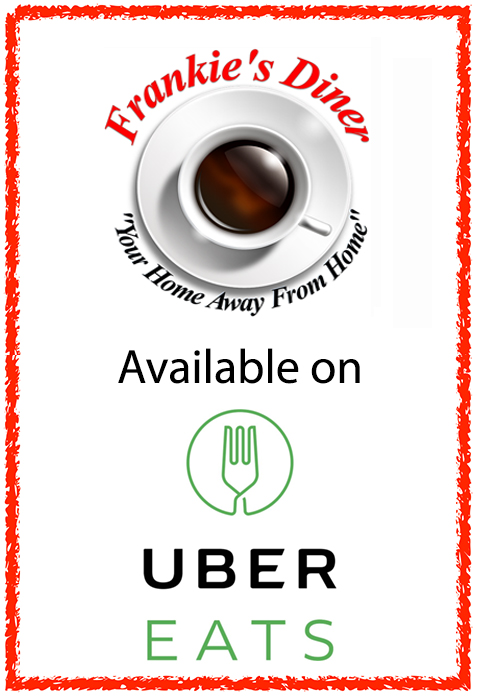 1:22pm–#Ansonia CT– Firefighter are on the scene of a house fire in the 200 block of North State Street.