#Fairfield CT– On 06-18-19 at about 1:45 PM, an officer was flagged down by an employee of Bob’s Stores who pointed out a vehicle that was fleeing from a shoplifting that just occurred at the store. The officer attempted to conduct a traffic stop when the suspect engaged the officer in pursuit for a short distance before stopping. When the officer attempted to make contact with the lone female operator, later identified as Lisa M. Briggs of Stratford, she rammed his police car and then fled the scene nearly striking the officer. She came so close to striking the officer that he had to push off the hood to avoid being struck by the vehicle. The officer did not suffer any injuries.

A broadcast describing the vehicle was issued to neighboring agencies and a Stratford Police Narcotics Unit located Briggs and the Honda in the Donut Inn parking lot located at 1827 Boston Av. Bridgeport, CT. Fairfield Police Detectives responded and were able to positively identify Lisa Briggs as the sole occupant and operator of the Honda Accord. The stolen merchandise and drug paraphernalia were recovered from the Honda.

Lisa M. Briggs (DOB: 09/28/1976) of 2983 Main St. Stratford, CT was arrested for Criminal Attempt to Assault a Police Officer, Interfering with a Police Officer, Larceny in the 6th Degree, Possession of Drug Paraphernalia, Reckless Driving, and Engaging Officers in Pursuit, after Briggs allegedly stole $436.50 worth of merchandise from Bob’s Store located at 889 Post Road. She was held on a $25,000.00 bond and ordered to appear in Bridgeport Superior Court on 07-02-19. Briggs was also issued a Misdemeanor Summons for Unsafe start, Evading Responsibility, and Operating a Motor Vehicle without a License for a collision that occurred with another vehicle in her attempt to flee.

“We are grateful that the officer was not injured as a result of the suspect’s reckless behavior. We would also like to thank the Stratford Police Department for their assistance in this investigation, which ultimately led to the location and arrest of the suspect.” –Captain Robert Kalamaras. 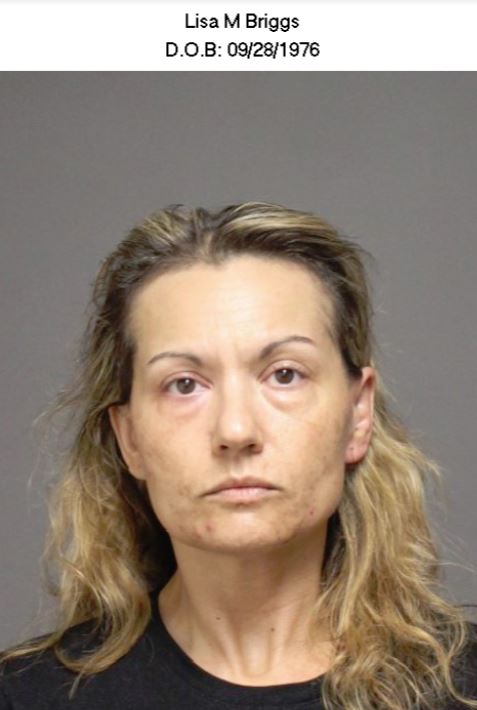 « Senator Murphy Wants Smart Guns
Cars & Coffee With A Cause »