#Stratford CT–On 06/19/2019 the Stratford Narcotics Unit, in coordination with the Bridgeport Police Task Force, Safe Streets Task Force and the Norwalk Police Narcotics Unit executed two Search Warrants for Narcotics and Firearms Violations. These Search Warrants were the culmination of an investigation conducted by the Stratford Narcotics Unit and the Bridgeport Police Task Force that focused on Narcotics Sales as well as Firearms related crimes within the Town of Stratford and City of Bridgeport. The Target of the Investigation, Manuel Rivas D.O.B 07/17/1989, was taken into custody after attempting to evade Detectives when they tried to conduct a motor vehicle stop. During a search of the residence, Detectives located two (2) firearms loaded with several rounds of ammunition as well as an amount of Crack and Cocaine packaged for sale. Rivas who is a convicted felon is unable to legally possess a firearm. Rivas was taken into custody and charged as follows: Criminal Possession of Firearm CGS 53a-217c (2 Counts) Criminal Possession of Ammunition CGS 53a-217 Operating Drug Factory CGS 21a-277© Illegal Transfer Firearm CGS 29-33* Poss. WITS Narcotics CGS 21a-278(b) Rivas was given a Court date of 07/19/2019 and held on a $100,000 bond. 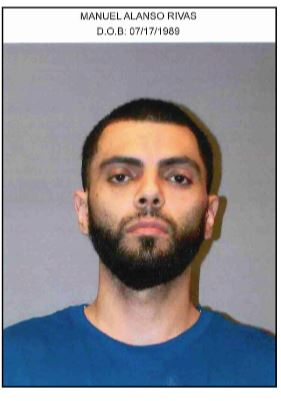