#Norwalk, CT (August 22, 2019): Connecticut State Police Troop G responded this morning to the Norwalk branch of the Department of Motor Vehicles after a DMV employee phoned police. The employee reported that a customer had allegedly made statements saying, “Today seems like a good day to shoot to kill” and also suggested that he would come back another time. The DMV immediately contacted Connecticut State Police. As a result of the investigation,

Gregory Plaia, date of birth 5/16/1964, of North Canaan, CT was arrested and charged with Breach of Peace 2nd Degree and Threatening 2nd Degree. Plaia was processed and later released after posting a $10,000 bond. He is scheduled to appear in Norwalk Superior Court on 9/13/2019 on these charges. The Connecticut Department of Motor Vehicles Commissioner Bongi Magubane said, “I am so proud of the DMV team at the Norwalk branch for immediately reporting the threatening comments made by a customer this morning. The safety of our employees and customers is a top priority for the DMV and their quick actions are to be commended.” The Connecticut State Police would like to take this opportunity to remind the public to be vigilant and prepared to report anything that could become a safety issue. If you see (or hear) something, say something.
(Connecticut State Police Press Release)

Wanna get away?  Sunday Air Conditioned Staycation that includes a pool: 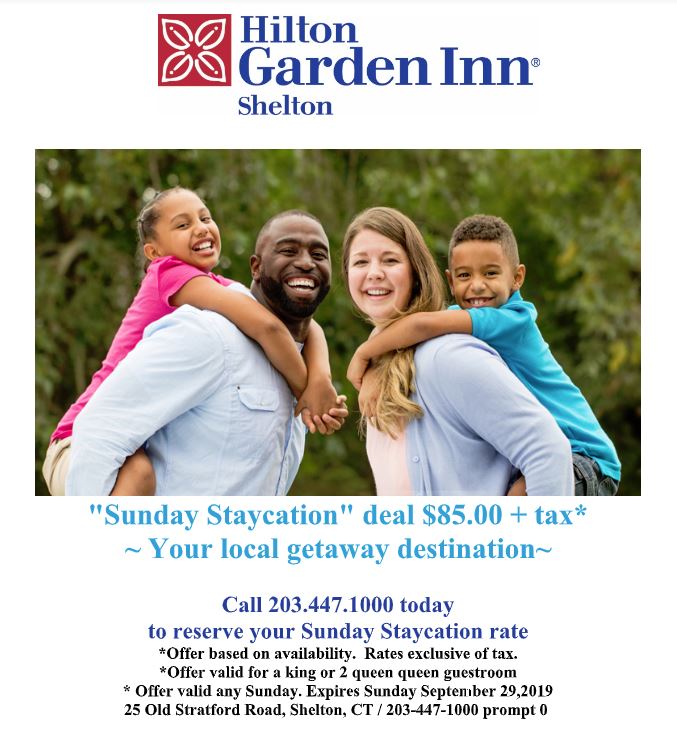