2020-07-30@12:07pm–#Norwalk CT–The Norwalk Fire Department along with PD and Norwalk Hospital responded to a motor vehicle fire on Connecticut ave.

This was a four-car crash with one car taking down three utility poles. The high tension wires surrounded the car and it burst into flames. The two occupants managed to get out with the help of bystanders.

Due to the wires still being, charged the fire department could not extinguish it till the power was cut. Four people in total were transported to the hospital. Two with serious injuries.

All four lanes were shut down and much of the area is without power. 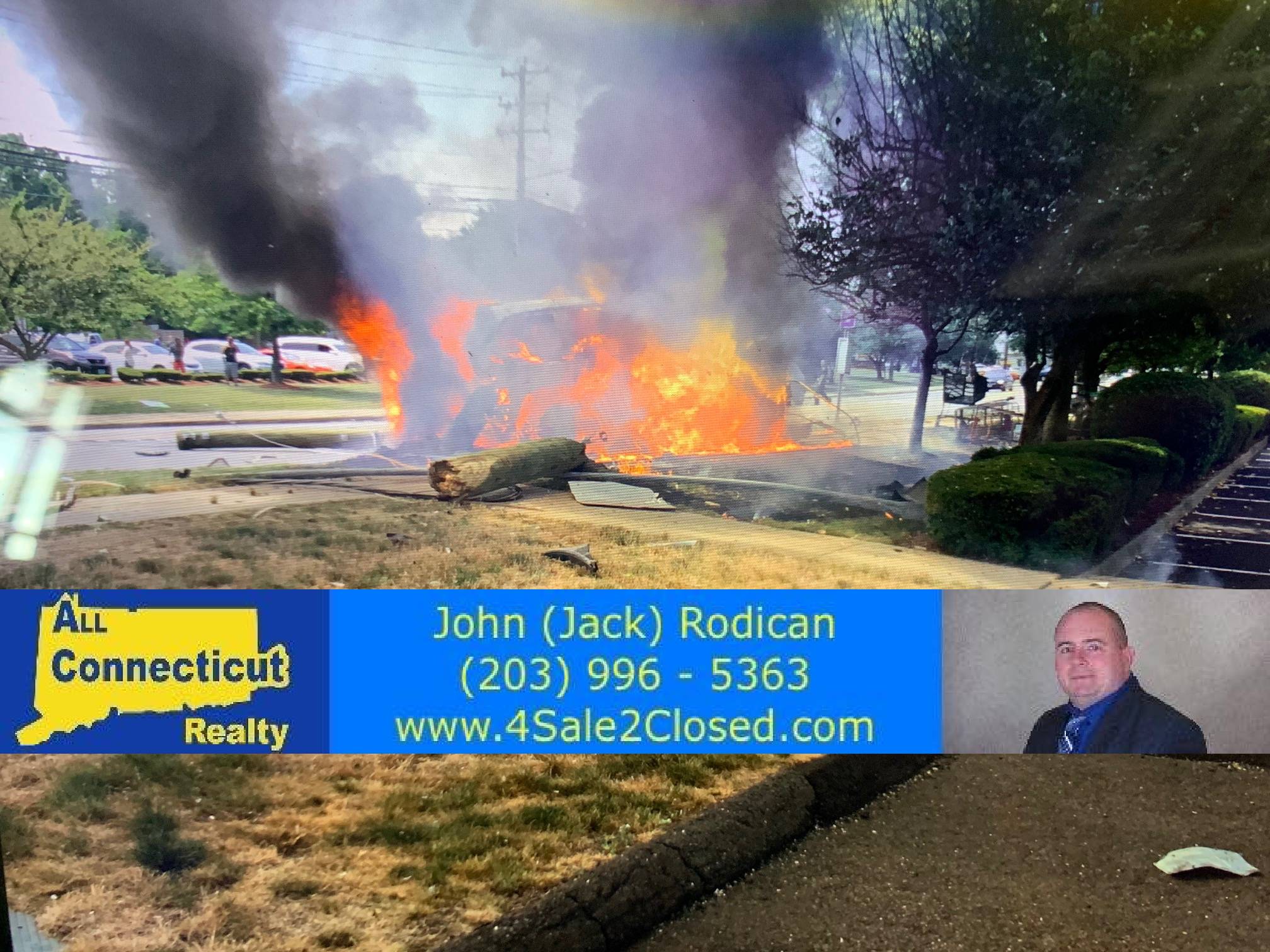