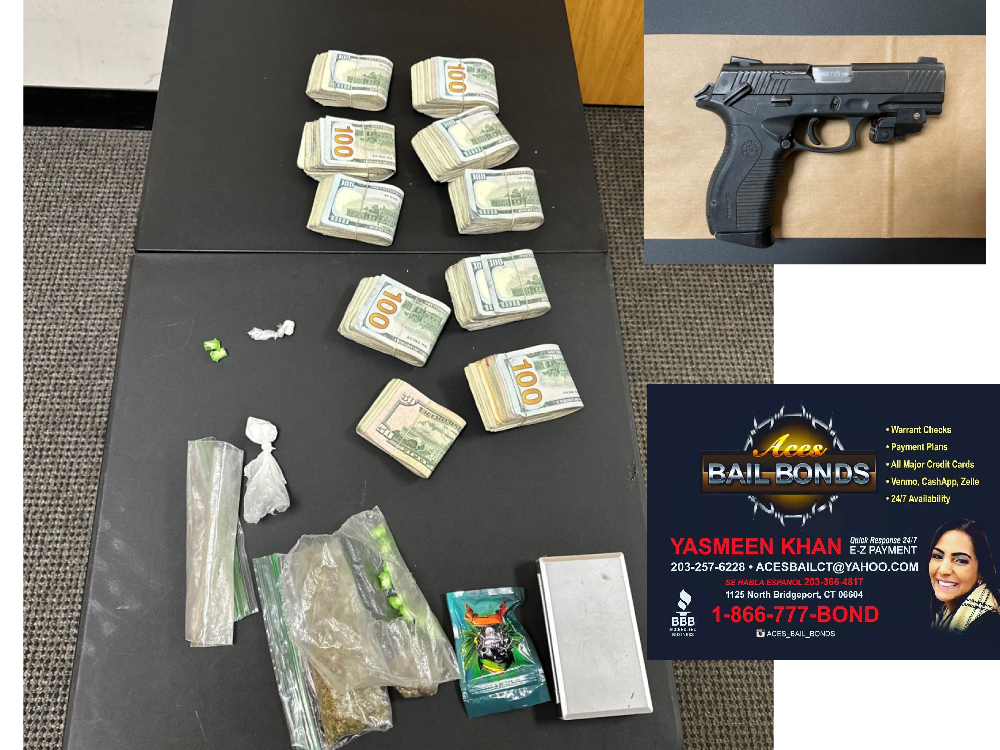 Information received leads to surveillance resulting in an arrest for a firearm and narcotics.
On December 13, 2022 the Norwalk Police Special Services Division received detailed information that
an individual was armed with a handgun and selling drugs in the South Norwalk area. Officers
conducted surveillance and located the subject who matched the information they were given.
The subject was safely detained and found to be in possession of a fully loaded Taurus semi-automatic
handgun, with its hammer cocked back. He was also in possession of crack cocaine, powder cocaine,
marijuana, scales and drug paraphernalia. Along with the above, the subject also had $22,785 dollars in
US Currency which was seized and will be applied for under asset forfeiture laws.
The subject was arrested and is identified as:
Sequon Satawhite (DOB 12-3-1999)(Norwalk)
Charges:
2 counts Possession of a Controlled Substance. CGS. 21a-279(a)(1)
2 counts Sale of Narcotics. CGS .21a-277(a)(1)A
1 count Possession of Drug Paraphernalia. CGS. 21a-267
1 count Illegal Sale of Cannabis. PA. 21-1(13b1A).
1 count Carrying a Pistol Without a Permit. CGS. 29-35(a)
Bond: $200,00
Court date: 12-20-22
The Investigation is ongoing.

Anonymous Internet tips can be sent to Norwalk Police website at: www.norwalkpd.com
Anonymous text tips can be submitted by typing “NORWALKPD” into the text field,
followed by the message, and sending it to TIP411 (847411)