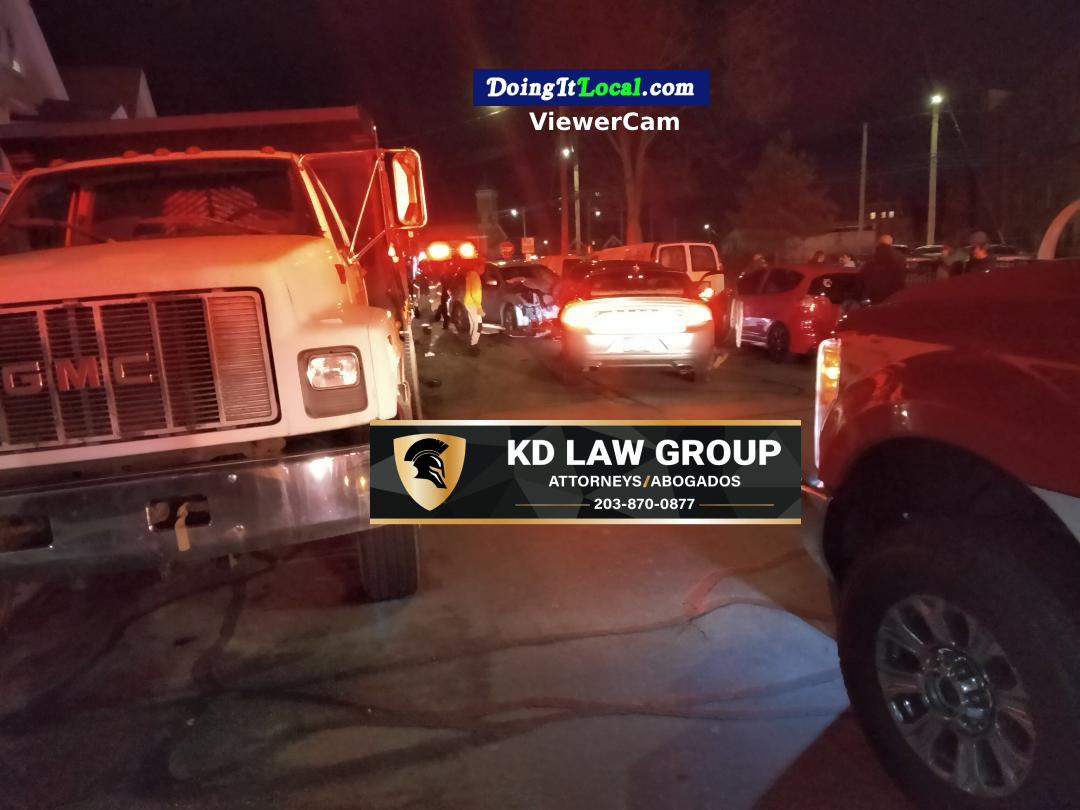 #Bridgeport CT– On January 20, 2023, at approximately 1827 hours the Bridgeport Emergency Operations Center received several calls for a motor vehicle accident with injuries, and parties are now arguing. A female caller stated a female operator involved in the accident is trapped in her vehicle and going into cardiac arrest. A second caller stated the parties are still arguing on the scene.

American Medical Response, Bridgeport Fire E3/E4, and the Bridgeport Police were dispatched to the location.

The Bridgeport Police Serious Crash Team reconstructed the scene and obtained video of the serious crash.

The Police Serious Crash Team is continually conducting interviews for the crash. The Fatal Crash was assigned to Officer E. Quiles. Anyone with information is asked to contact Officer E. Quiles at 475-422-6141 or utilize the Bridgeport Police Tips Line at 203-576-TIPS.