12:00PMish– #Bridgeport CT– An alert Bridgeport Police Patrol Officer recognized a car wanted in a shooting at Trumbull Gardens earlier.  He was able to pull the car over on Old Town Road prior to the Route 8 entrance.  He held four masked men at gunpoint until backup arrived including mutual aid from Trumbull.  The car was confirmed stolen and a firearm was recovered.  The four were arrested without incident. 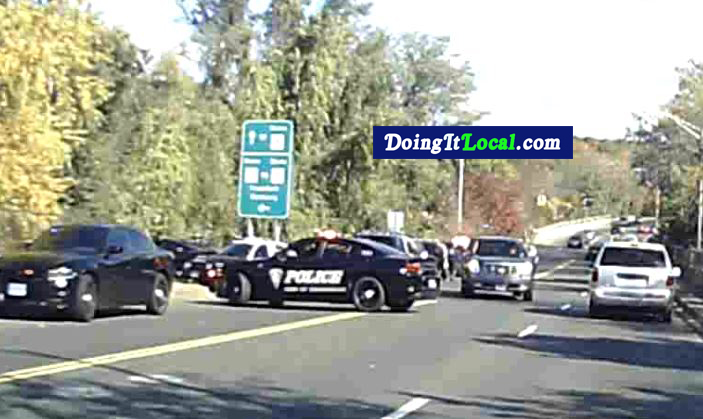