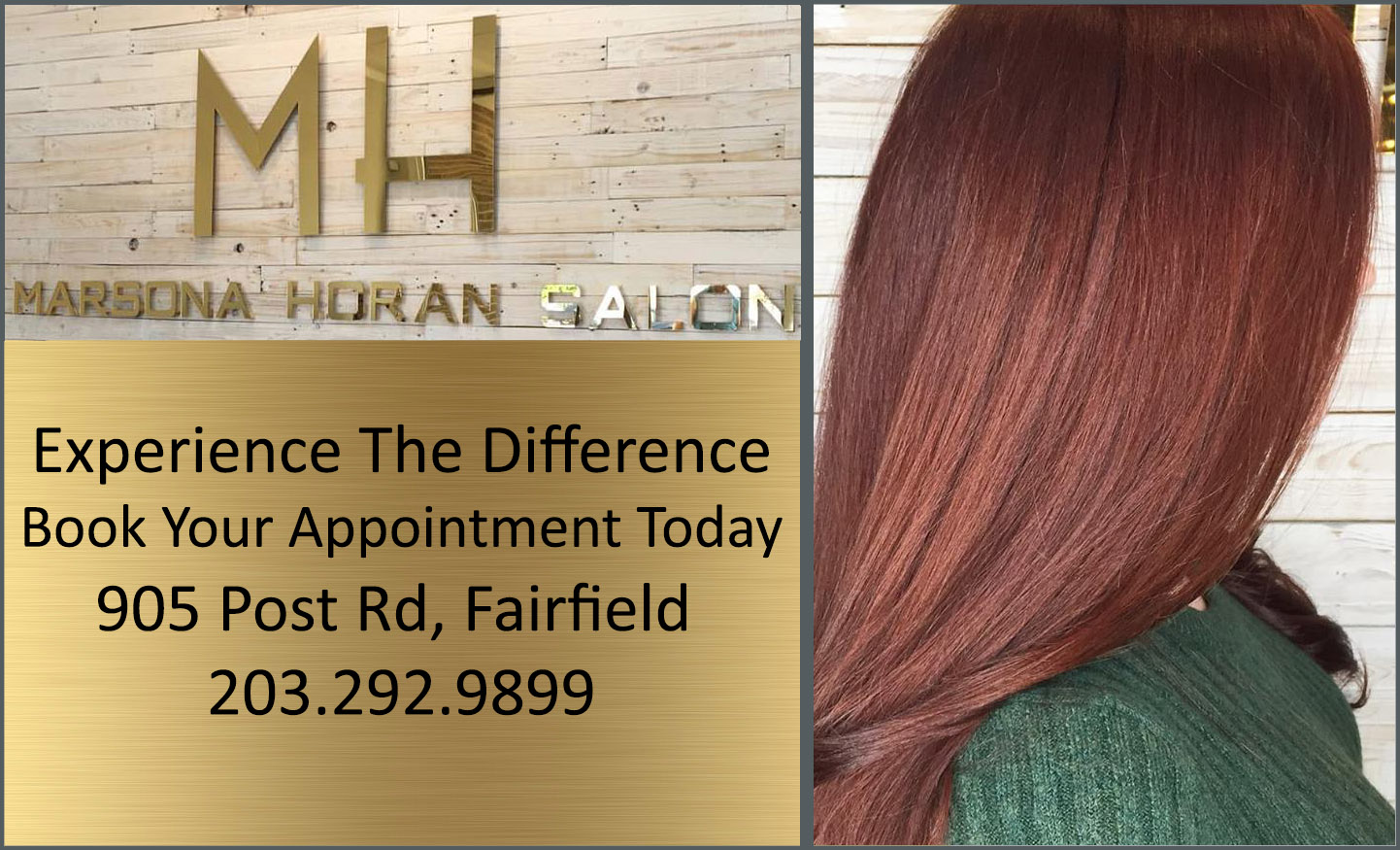 2019-10-31@9:25pm–#Bridgeport CT–There was a call to police of a shooting in the 500 block of Logan Street.  While I was still on my way the radio said it is now reported to be a stabbing.  Then the radio said no one was shot but someone may have shot into the ground.   As I was walking to the scene a neighbor said she heard on gunshot.

Police arrived and found a person with a cut on his chin.  It was a fight over a parking spot.
A few minutes later a gunshot victim arrived at Bridgeport Hospital by private vehicle.  No shot spotter activation happened.  Cops on scene weren’t sure what they had.  A few minutes later detectives arrived.
I e-mailed police spokesperson Terron Jones who responded: 911 reports at 2125hrs, a verbal dispute took place between two people near the 400th block of Logan street over a parking space that subsequently turned violent which resulted in one person shot in the foot. They were transported to Bridgeport hospital. Bridgeport PD investigating. 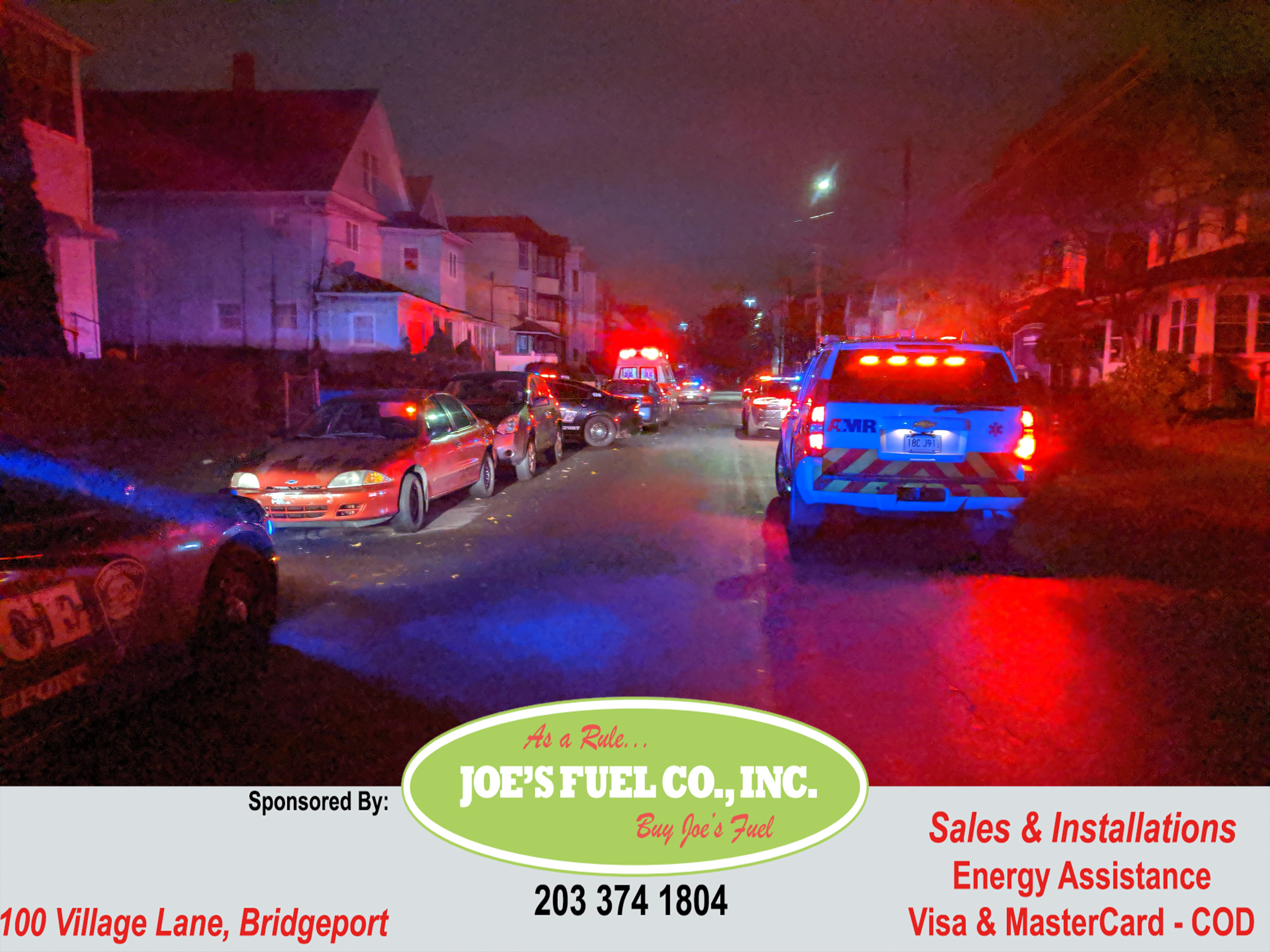 2019- 10-31@8:00pm–Police are looking for  3 black males that fled on Fairfield Avenue after an attempted robbery on Jetland Place according to radio reports. 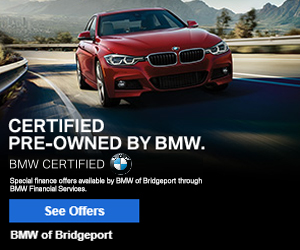 2019-10-32 Police are looking for a silver sedan near South Pine and Dunham heading onto the Post Road attempting to break into cars.  One of the women, in the passenger seat is wearing a cow costume.  It doesn’t sound like the steaks are too high on this case.  This is no bull story but I hope it amoosed you as much as me.  Moooving onto the next story…

2019-10-31@6:12pm–#Bridgeport CT– Report of a pedestrian being struck at East Main and Putnam Street.  No word if it was a trick or treater but be careful as they out there now!

2019-10-31@1:41pm–#Bridgeport CT– A man was robbed of his wallet and green card near the library on Fairfield Avenue.  Police are looking for two black males and one Hispanic male responsible who fled down Fairfield Avenue. 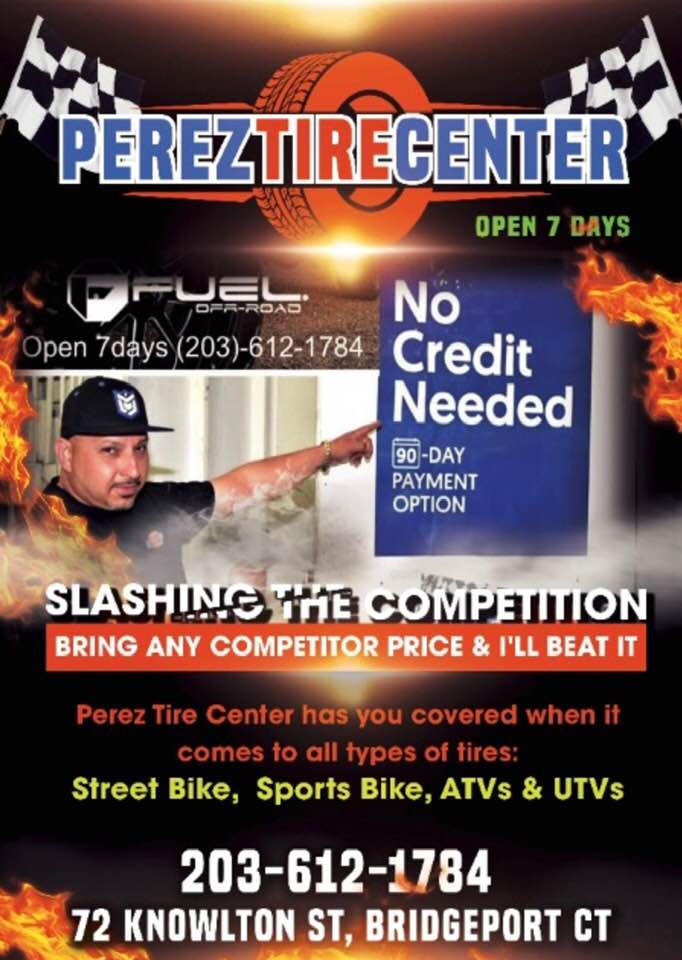 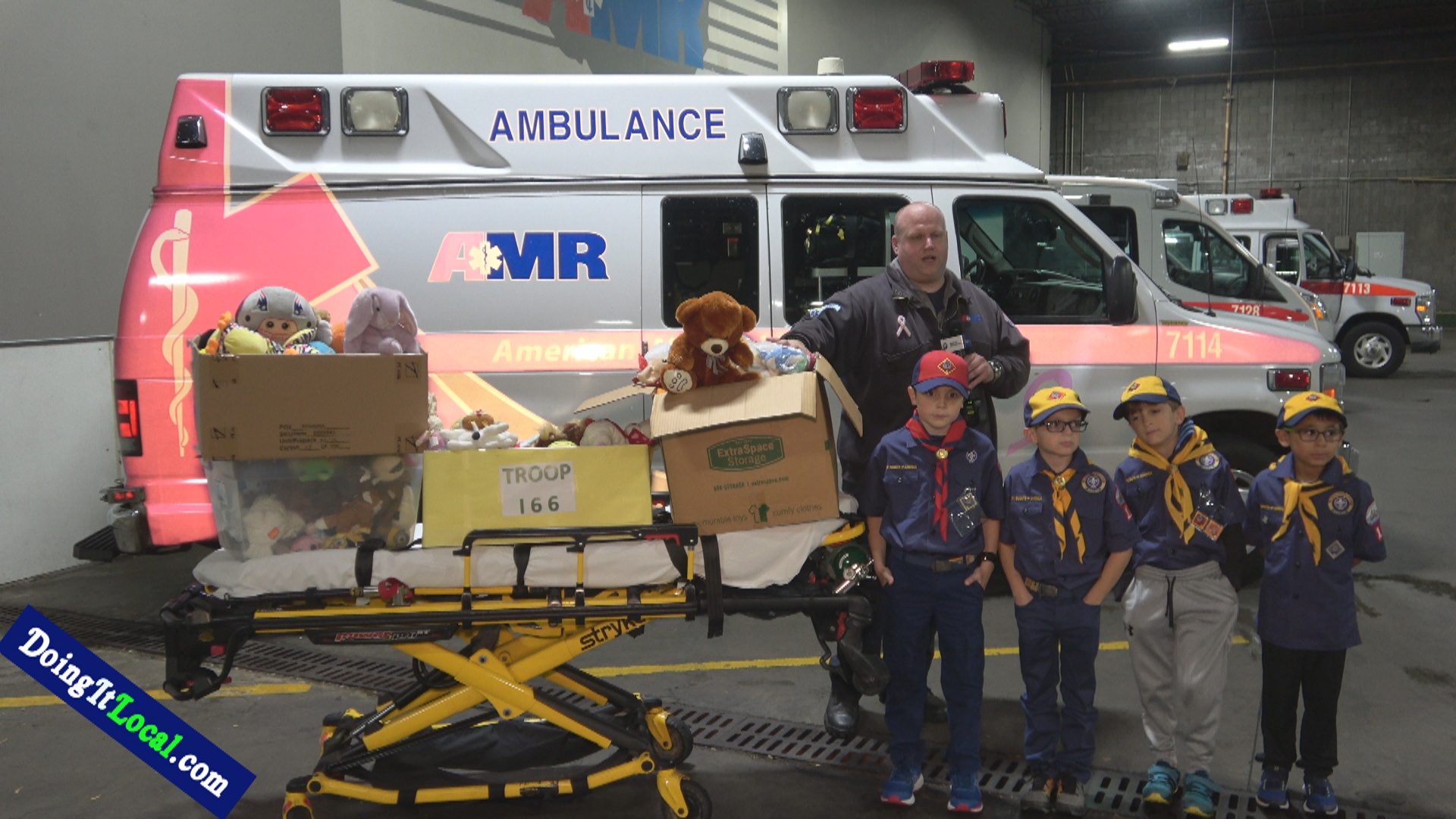 #Bridgeport CT–#Easton CT– How about some likes for Cub Scout Troop 166 and Kevin Burwell of AMR on Operation Comfort Critters?  Last year, Kevin Burwell launched Operation Comfort Critter to provide critters of comfort when AMR responds to a call dealing with a child, whether it be a child being transported or a child of a family member that is being transported to the hospital.  This year, Keven got a lot of help from Troop 166 from Easton’s Samuel Staples Elementary School.  A box was left in the school’s lobby and an appeal for gently used, non-battery stuffed animals  The troop, all second graders gathered 266 stuffed animals from the school for Operation Comfort Critters.

The critters are sanitized and they must fit in a gallon sized zip lock bag.  Kevin looks to expand the program into New Haven County.   If you are interested in donating to this great cause contact: operationcomortcritters@gmail.com, the Facebook link is https://www.facebook.com/comfortcritters/

2019-10-31@12:40pm–#Bridgeport CT– A report of two turkeys (the bird) attacked and injured a security officer at the University of Bridgeport near the soccer field.  The birds are still on scene acting aggressively, police are on the way. 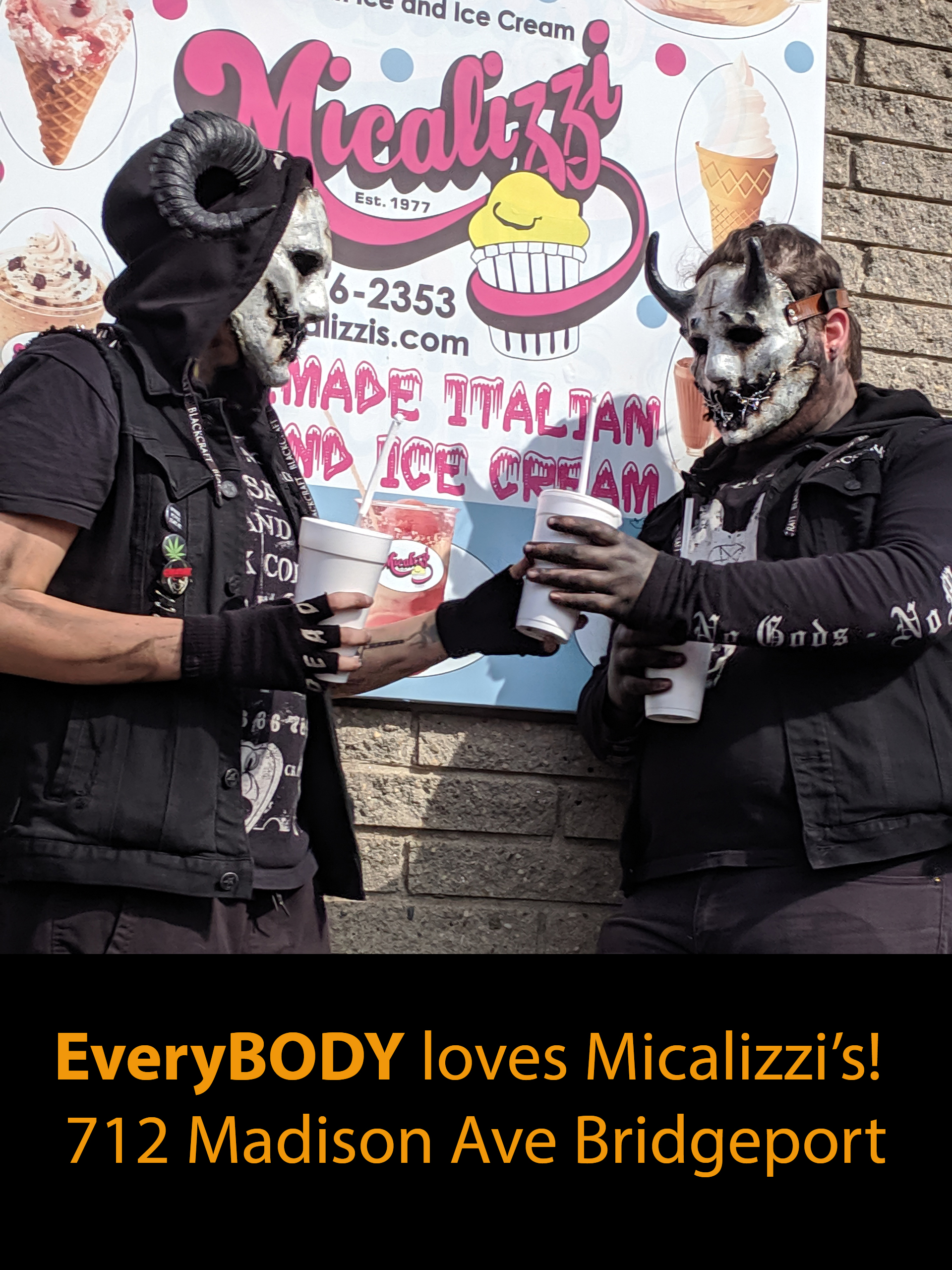 Halloween Still On In Fairfield

Please note, this is the only press release received by any local town on Halloween activities.

#Fairfield CT– Members of the Town’s Emergency Management Team met yesterday to discuss the weather forecast for Halloween and the effect it may have on trick-or-treating in Fairfield.  The Team also discussed requests the Town has received to consider changing trick-or-treating night to Friday or Saturday and the logistics involved in making such a change.

The Team agreed, that due to the fact that trick-or-treating is not a Town-sponsored event, it is best to leave the decision up to families and individual neighborhoods to change the night within their own neighborhood.

The Team suggests there may be alternate ways of celebrating including attending the free, jointly-sponsored Police Department and FairfieldMom’s Trunk or Treat, Wednesday, October 30, from 4 pm – 6 pm at the Fairfield Shopping Center (Bob’s Stores parking lot).

On October 30, 2019 at approximately 9:30 pm, Bridgeport Patrol Officers responded to a serious motor vehicle crash at 1415/1417 Boston Avenue, Bridgeport, Connecticut.  This was a single car 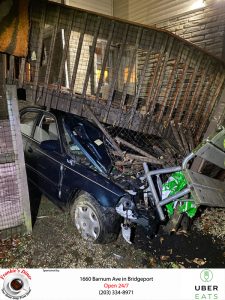 The vehicle was travelling northbound on Central Avenue, accelerating at a high rate of speed, when it crossed the intersection of Boston Avenue and Central Avenue and left the roadway.  The vehicle continued north, mounted the sidewalk, struck the south east corner of the house located at 1417 Boston Avenue, travelled along the east side of the residence, and subsequently crashed into a porch located at the rear of this location.  The vehicle came to a stop, underneath the porch, at the north east corner of 1417 Boston Avenue.  The Honda Civic sustained heavy front end damage.

Bridgeport Fire Department responded and extricated the driver from the vehicle.  The driver was transported to Bridgeport Hospital by AMR Ambulance and is being treated for non-life threatening injuries.

Witnesses report seeing a male passenger fleeing the accident scene running west on Boston Avenue.  No further description of the passenger was provided and a canvass of the area was negative.

2019-10-30@9:30pm–#Bridgeport CT– Assistant Fire Chief William Hathaway told me that a car traveling down Central Avenue continued straight on Boston Avenue and clipped a utility pole and downt an alleyway between homes take out the fence and back deck. Firefighters quickly extricated the victim and transported him to the hospital. His condition is not known at this time.