2019-10-15 #Stratford CT– #Fairfield CT– In a report I was first to report here is the press release and mugshot from Stratford Police:

On 10-15-2019 Stratford Police Officers investigated a commercial burglary at the CITGO Gas Station located at 805 Main Street. The burglary occurred at approximately 0115 am. Based on surveillance video a suspect and vehicle description was obtained. The suspect caused approximately $2000 dollars in damage to the business and stole approximately $300 dollars worth of merchandise. At approximately 0915 am Stratford Detectives observed the suspect vehicle, a red Pontiac Sunfire and attempted to stop the car. The operator refused to stop and Officers broke off the pursuit. A short time later with the assistance of Fairfield Police the suspect vehicle was located in Fairfield. The Fairfield Police K9 Unit assisted with a track and the suspect, Walsh was found hiding from Officers under some bushes. He was taken into custody without incident.

The suspect, Matthew Russell Walsh age 47 of Wethersfield was charged with the following; Possession of Drug Paraphernalia Reckless, Endangerment Interfering With an Office,r Larceny in the Sixth Degree, Burglary in the Third Degree, Engaging Police in Pursuit, and Reckless Driving,   Walsh is scheduled to appear in Bridgeport Court on 10-25-2019 and he was held on a $100,000 dollar bond. 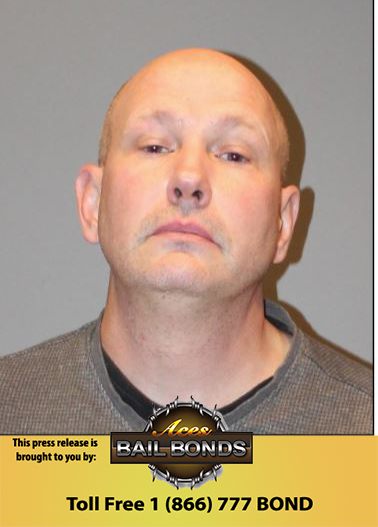