Hartford, CT) – , U.S. Senator Richard Blumenthal (D-CT) and Connecticut Secretary of the State Denise Merrill  announced success in the fight for critically needed funding to protect election integrity that they advocated.  As a result of their fight, along with others, Congress just approved $425 million for states to enhance election technology and make election security improvements.

Blumenthal advocated for not only more funding, but also has helped lead the fight for more funding for voting systems, has helped lead several measures to protect the integrity of our elections, and hold accountable anyone who attempts to interfere in our democratic process. These measures include legislation that would make it a federal crime to hack any voting system used in a federal election, create a duty to report attempts by a foreign agent to interfere in an election, require federal cybersecurity standards for voting systems, and provide states with funding to strengthen election cyber defenses. 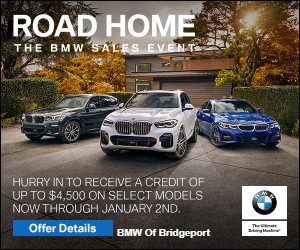 See all the great deals at:
https://www.bmwofbridgeport.com/new-vehicles/this-months-bmw-lease-deals-special-offers-in-connecticut/