Pollice UPDATE: On May 27, 2020 at 8:03pm, officers responded to a Shotspotter activation in the area of 56 Norman Street. Officers located a crime scene adjacent to Went Field Park and were soon notified that three gunshot victims arrived at Bridgeport Hospital. Two female victims, ages 26 and 28 each sustained a non-life threatening gunshot wound to the leg. A male victim, age 26, sustained multiple gunshot wounds to the leg, and abdomen. This victim is in serious condition and is currently in surgery. Detectives are processing a crime scene at the location of the incident and are working to establish a motive for the shooting. Anyone with information is asked to call the Bridgeport Police Tips line at 203-576-TIPS (8477)

2020-05-27@8:00PMish–#Bridgeport CT– Two women and one man was shot in the 60 block of Norman Street near Railroad Avenue.  The suspect fled in a dark-colored sedan down Railroad Avenue.  Two cars arrived at the same time at Bridgeport Hospital with the victims.  A small crime scene was found in an empty lot (to the right of the police cars in the picture).  Police say the victims have non-life-threatening injuries.   The police crime scene may be expanded into Went Field.

DoingItLocal.com is your ONLY breaking news source! 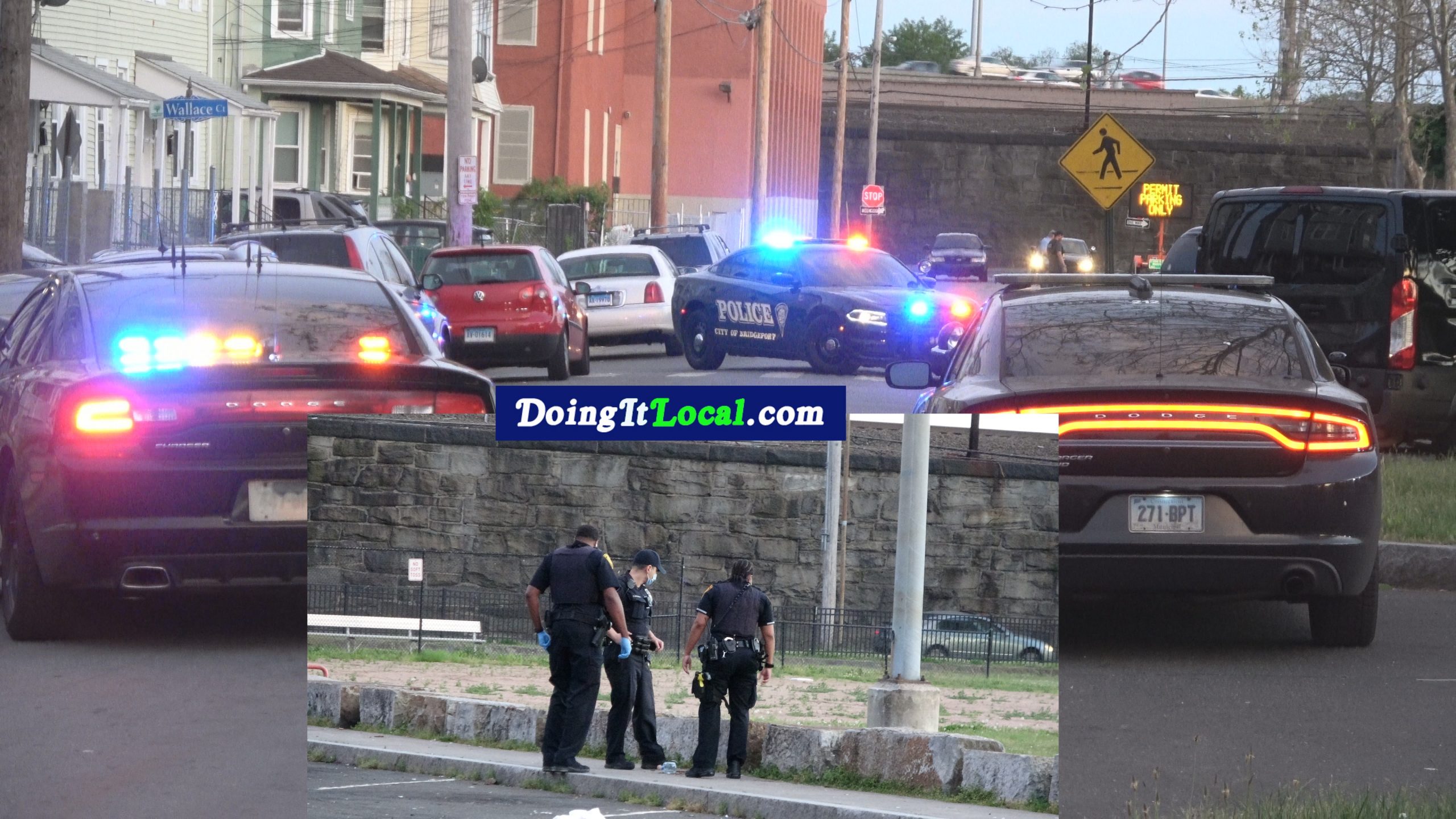