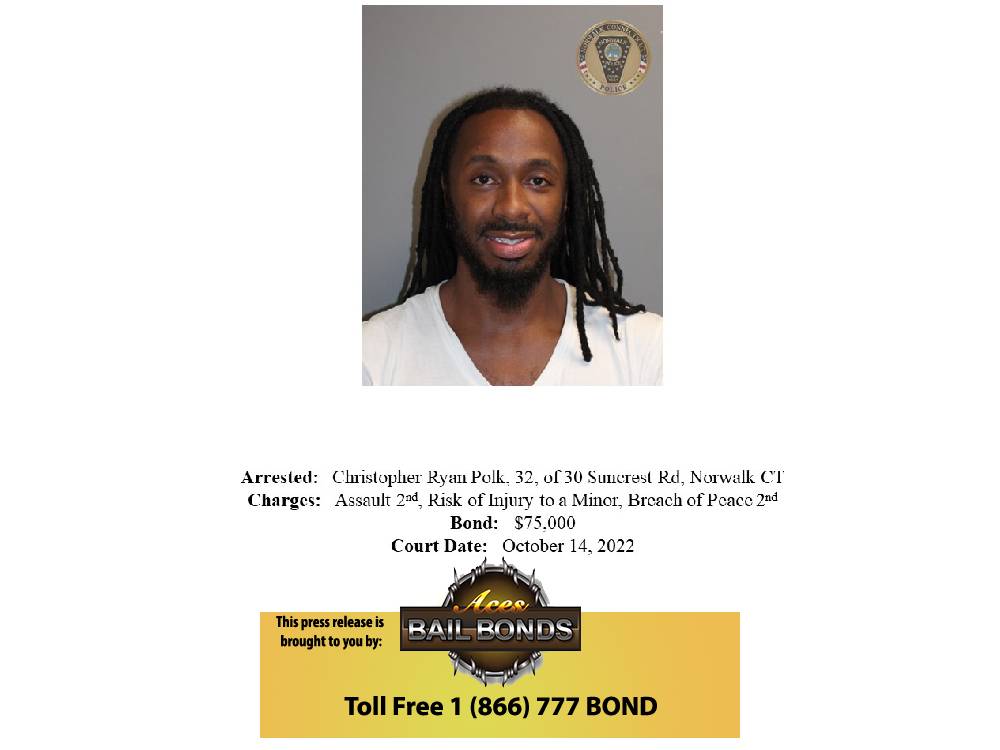 DoingItLocal told you about the assault when it happened, not days later!

#Norwalk CT–On October 4, 2022, at approximately 8:30 a.m., Christopher Polk was taken into custody for having assaulted another man at a football game two days prior.

Norwalk Police Officers were dispatched to the football field of Brien McMahon HighSchool on October 2, 2022, at approximately 1:04 p.m. on the report of a male having been assaulted during a football game. Upon arrival, Officers located the unconscious man laying on the field, along with a large crowd of adult and child game spectators.

Multiple witnesses came forward, identifying Polk as the suspect, and providing a description of him. According to witnesses, Polk had used a football helmet to strike the victim in the head, and was last seen was walking away from the area. Paramedics were immediately summoned to the scene and transported the victim to Norwalk Hospital for treatment of his serious injuries. Officer Salley, the lead investigator, was unable to locate Polk, and prepared a warrant for his arrest based on allof his findings. The arrest warrant was approved with a $75,000 bond. Polk was provided with opportunities to turn himself in but refused to comply.

Investigators of the Special Services Division received information that Polk was livingat 30 Suncrest Road, Colonial Village, but attempts to contact him went unanswered.

Surveillance was established in the area on the early morning hours of October 4, 2022. Polk was located and taken into custody at about 8:30 a.m., despite his efforts to conceal himself. Polk was transported to headquarters without further incident. The victim in this incident has since been released from Norwalk Hospital and is recovering from his injuries.

Available on Apple and Android