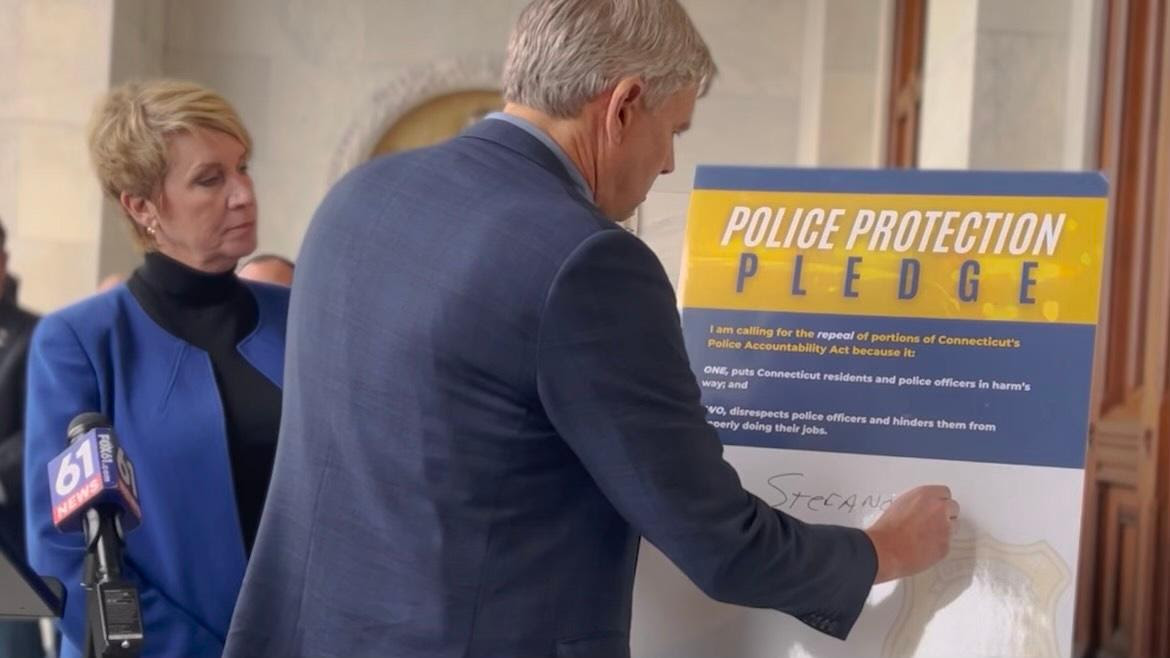 Branford – On Monday, Bob Stefanowski, Republican Candidate for Governor of Connecticut signed a pledge to repeal portions of the Police Accountability Act and has challenged his opponents, Governor Ned Lamont and Robert Hotaling to do the same. Both have failed to do so. Today, Stefanowski is repeating that challenge and said the men and women of law enforcement and their families deserve the respect of an answer:

“Governor Lamont signed a so-called ‘Police Accountability’ law that handcuffed and scapegoated our police officers and mandate policies that have made their jobs more dangerous, literally putting their lives at greater risk. This past week has been unimaginable for our state, tragically losing almost three officers from Bristol to disgustingly emboldened criminals. The silence from both Governor Lamont and Mr. Hotaling is, frankly, offensive,” said Stefanowski.

“Governor Lamont and Lt. Governor Bysiewicz said they were ‘grateful’ for the endorsement of a political party that called our police officers ‘criminals’ – that is outrageous and that Governor Lamont hasn’t disavowed this fringe group and walked away from their endorsement is a disgrace. I challenge him to do so immediately or explain to police officers, their families, and our state’s residents why he won’t.”