On 02/27/2018 at 9:17 the Fairfield Police Department received a report of harassing phone messages through social media among several individuals who attend Fairfield Ludlowe High School, and the suspect who attends Southern Connecticut State University. The report was that of an argumentative conversation over the social media application “Snapchat” where Nicholas Graham (DOB: 10/16/1994) of Southport, made threats that he would find them and kill them, and all of their friends. This social media post led to several reports through 911 from parents who observed the posted comments. After a thorough investigation it was determined that Nicholas Graham was residing at school attending SCSU in New Haven. He was taken into custody without incident by SCSU Public Safety and turned over to Fairfield officers before being transported back to Fairfield for processing. During processing, Graham indicated that he had no intention of harming anyone, and that his posts were motivated by emotion and anger. Graham was transported to St. Vincent’s Medical Center, evaluated, and remained in police custody. Nicholas P. Graham was charged with Breach of Peace 2nd Degree, Threatening 2nd Degree, and Harassment 2nd Degree. Graham is scheduled to appear in Bridgeport Superior Court on 3/7/2018 at 9:30am at 172 Golden Hill Street in Bridgeport. He is currently being held on $20,000 bond. While the sensitivity of these matters are serious, we are glad that the public is coming forward and reporting what they see as potential risks to our schools and our students. At this time there is no indication that Nicholas Graham has the capacity to carry out these threats. He is currently in our custody and being transported to court this morning. This incident is in no way connected to, or a result of the Westport incident that occurred yesterday. 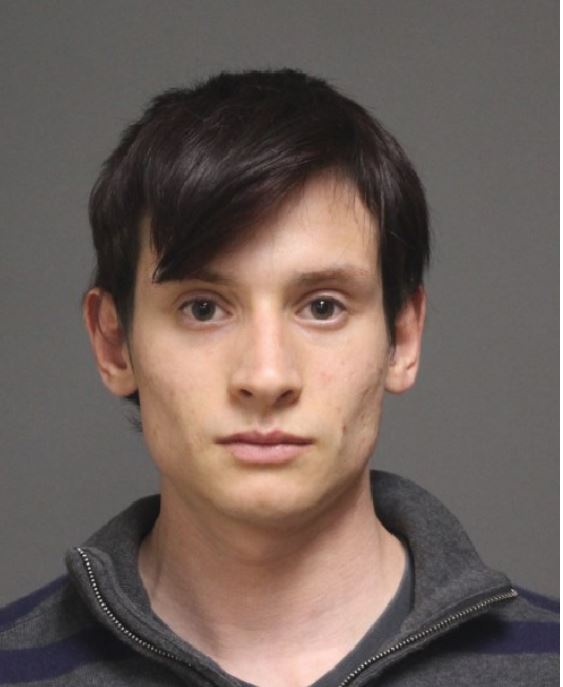 10:14pm–#Bridgeport CT– Reports of shots fired at Wood and Hazelwood Avenue.  No one or anything reported hit.  This is 3 times in 2 weeks.  The first time a cable worker got caught up in the crossfire and shot in the leg. 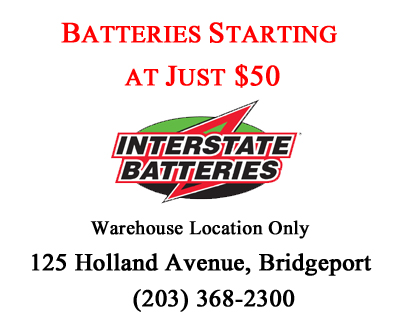 UPDATE: Police spokesperson said it was four people shot, all with non-life-threatening injuries.

9:50pm–#Bridgeport CT–Around 10pm Tuesday night police received a call of shots fired at Stratford and Central Avenue. When they arrived they found two people shot at the Sunshine Deli, both with non-life threatening injuries. A short time later police received a call for a person who arrived at St. Vincent’s Hospital shot in the stomach. He arrived in a private vehicle. Police located high caliber shell casings from 3 different weapons in the street. About a half hour later police received word from Bridgeport Hospital that two more gunshot victims arrived, their condition is unknown. Stratford Avenue between Bunnel and Central Avenue will be closed for the police investigation.

UPDATE: Police have identified the victim of homicide #4 has been identified as Alfanso Anderson age 49, of  639 Ezra Street, Bridgeport.

Police Update:   Last night, at 2330 hours, officers responded to a call of shots fired in room #12 of the Sunny Side Inn, at 145 Lake St. When they arrived, they found a middle-aged black male suffering from at least one gunshot wound. The man was pronounced dead at the scene. Detectives are working to confirm his identity. Anyone with information should contact Detective Heanue at 203-581-5242 or call 203-576-TIPS.

11:23pm–#Bridgeport CT– Just before 11:30pm police received a call of shots fired at the Sunnyside Inn at 174 Lake Street. Radio reports said a white short female entered a room and then about 5 shots were fired. Police on the radio pleaded for the medics to “step it up”. Paramedics were in the room for over fifteen minutes but left without a patient. Police and detectives would not comment and police spokesperson Av Harris would only confirm by text of shots being fired. Local and state police radios confirmed a shooting at the Inn and the descriptions of the vehicles that fled the scene. I went back to the scene at 2:30am and two police cars remained at the entrance with the crime scene tape still securing the scene on the second floor. A short time later EMS was called back to the Inn for a woman in room 15 suffering from post-traumatic stress disorder and was having difficulty breathing.

Bridgeport News: Pants On The Ground

9:22pm–#Bridgeport CT– Police and EMS were busy with a man at Fairfield Avenue in a parking lot on Norman Street who was walking around with his pants on the ground.  He may have been under the influence of a narcotic. 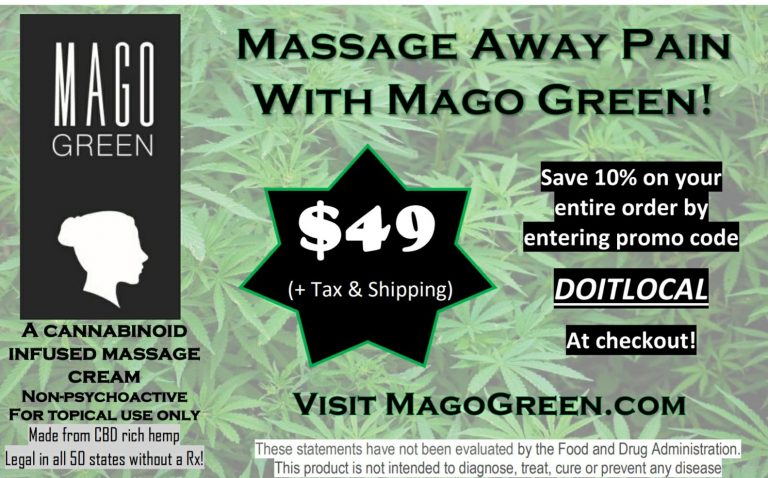 Travel Channel MYSTERIES AT THE MUSEUM

Tune in to Thursday night’s episode of @Travelchannel – MYSTERIES AT THE MUSEUM #MATM at 6:00PM ET//PT

Join Maher as she chronicles the remarkable story of Miss Major Pauline Cushman, “actress-turned-spy” for the Union Army during the height of the American Civil War.  Don’t miss this fascinating episode that reveals the bravery of this extraordinary hero and her willingness to die for the country she loved.  After her rescue, P.T. Barnum hired Cushman to tell her tale of mystery and intrigue to thousands of visitors at his American Museum in New York City in 1864.

MYSTERIES AT THE MUSEUM

Host Don Wildman digs into the world’s greatest institutions to unearth extraordinary relics that reveal incredible secrets from the past. Through compelling interviews, rare archival footage and arresting recreations, “Mysteries at the Museum” illuminates the hidden treasures at the heart of history’s most incredible triumphs, sensational crimes and bizarre encounters.

UPDATE:  Westport, CT–This morning at approximately 9:00am, the Westport Police Department was contacted by Staples High School officials and advised a juvenile male student was overheard making threats to shoot a teacher. The student who overheard this statement reported it to school officials this morning. Officers and detectives responded to Staples High School where the male student was already being interviewed by school administration. Based on the information learned by school administrators, it was confirmed the student did have thoughts of executing a mass shooting at the high school. At this time, we continue to investigate whether these thoughts developed into a plan. Our detectives were able to establish that there were firearms in the student’s home. The firearms belong to the student’s father and were reportedly locked in a safe. However, officers could not confirm whether all the firearms were accounted for. Out of an abundance of caution, Staples High School was first directed to shelter in place while buses were assembled for dismissal at approximately 1:15 p.m. Officers from surrounding towns assisted Westport officers at Staples High School as the school was released on early dismissal. Also as a precaution, officers were posted at all other schools in town to assist, although no other schools dismissed early. The suspect is in custody at this time. His family is cooperating fully with the investigation and search warrants were executed at his residence. The Westport Police Department will conduct a search of the entire school facility this afternoon to confirm the school is safe for a return tomorrow morning. The Westport Police Department would like to thank the Police Departments of Norwalk, Fairfield and Stamford as well as the Connecticut State Police for their assistance. Most importantly, we would like to express our gratitude to the student who reported his concerns to school officials and prevented a potential tragedy.  (Westport Police Press release).

#Westport CT–#Faifield CT– Staples High School dismisses early on an “abundance of caution” due to an unspecified threat.  Fairfield Schools have increased their police presence at schools as a precaution.

1:04pm–#Milford CT– Police said a”medical episode” caused a woman to black out and crash into Kathy’s Famous Cookies 254 Melba Avenue.  There were no reported injuries to the driver or to anyone inside the store.  Post Road Photos contributed this photo. 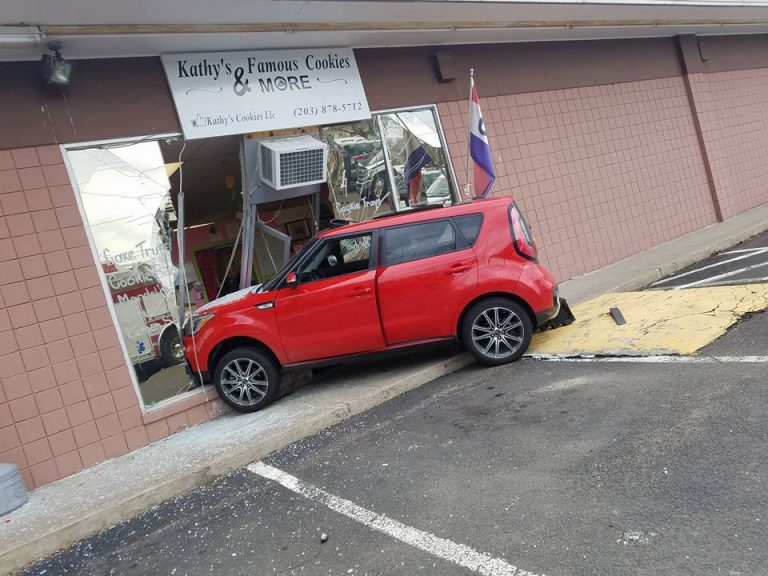 6:19pm–#Fairfield CT– There was a rollover crash on Chambers Street in front of the I-95 southbound exit 24 ramp and in front of the Cumberland Farms.  There were injuries reported. 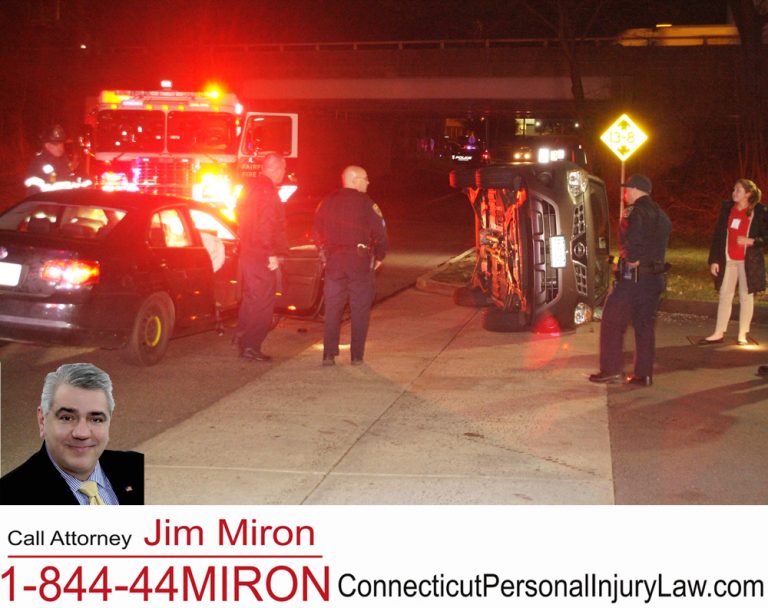 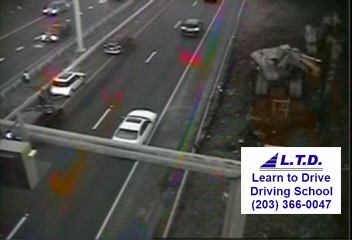