State Senator Tony Hwang (R-28) was named by Governor Ned Lamont to the Governor’s newly revamped Workforce Council, a body which will be responsible for partnering with the business community and knocking down barriers among state government agencies so that Connecticut can have the most aligned, high-quality, and equitable workforce development system in the country. The council was created by an executive order signed by the Governor who made the announcement at Naugatuck Valley Community College in Waterbury.

Senator Hwang emphasized the critical need for workforce development, “The Connecticut Office of Higher Education has found that by 2025, about 70 percent of workers will need some form of education and training beyond high school. Meeting this demand will require about 300,000 additional Connecticut residents with post-secondary or apprenticeship training.  I am excited to be part of a team that will coordinate among the important stakeholders in our workforce system, including businesses, state agencies, quasi-public and independent entities, boards, councils, and commissions, public and private education and training institutions, workforce development boards, nonprofit institutions, labor unions, and the state’s Chief Manufacturing Officer.”

The executive order the governor signed requires the council to review the state’s workforce development system and submit a report to the governor and the legislature by January 1, 2021 that makes strategic recommendations to improve the state’s workforce system in a variety of areas including better coordination, reducing barriers to training, strengthening the bridge from high school into post-secondary training and education, and emphasizing data-driven outcomes.

Garrett Moran, former president of Year Up, one of the most successful workforce development nonprofits in the country, is being appointed by Governor Lamont to serve as chair of the council and will also act as a principal advisor to the governor on workforce development.

The council will have 24 members, all of whom are appointed by the governor and represent some of Connecticut’s most influential leaders in business, education, nonprofits, and labor. Business leaders who have joined the council have committed to prioritizing workforce development within their firms.

Members on the council will include:

The council will meet quarterly, and all of its meetings will be open to the public. Governor Lamont plans to attend each meeting. Its first meeting is tentatively scheduled for Thursday, November 21, at a time and location to be determined 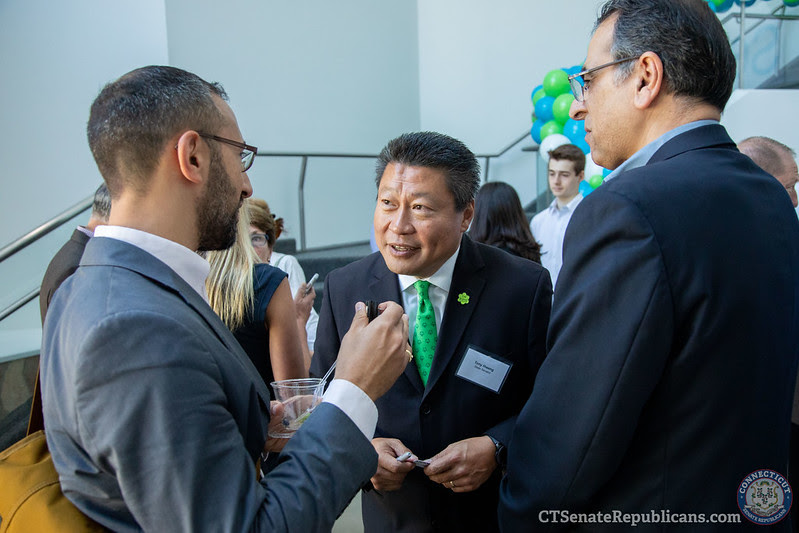