At 4:15am Bridgeport Police Officer Ramirez came upon a motor vehicle accident on Chopsey Hill Road involving a single vehicle on its driver side and on fire with an occupant still inside. Officer Ramirez attempted to get the occupant out through the passenger side window, but the occupant could not reach her hand. Sgt. DeBarros arrived on the scene and also attempted to get the occupant out by trying to break the front window. At this time while Bridgeport Fire and AMR were en route, various officers and sergeants from other sectors arrived on scene and as a team was able to push the vehicle which was on fire back on its wheels and the officers were able to pull the female occupant to safety. Bridgeport Fire arrived on the scene to extinguish the fire and AMR transported the party to the hospital. No further information at this time

Police UPDATE: At 4:15am the Bridgeport Emergency Communications received a preliminary report regarding a motor vehicle accident involving a car into a tree with possible persons trapped. Upon dispatch a second call was received that the car had occupants inside the vehicle was smoking and possibly on fire. BPD, BFD and AMR were dispatched. Upon arrival on scene by BPD, they confirmed occupants inside the vehicle with the vehicle on fire. BPD Officers proceeded to pull one occupant from the vehicle as the BFD and AMR arrived. BFD extinguished the fire. No further reports on the extent of injuries at this time.

2020-02-25@4:11am–#Bridgeport CT– How about some likes for the two officers who risked their own safety to rescue two from a burning car on Chopsey Hill near the 8/25 on-ramp.  The car hit a tree and an officer happened upon the crash and immediately radioed Emergency Communications for the firefighters.  They quickly got the driver out of the vehicle.  Firefighters quickly arrived on the scene and extinguished the fire.  Say what you will about Bridgeport but this was a fantastic display of heroism. 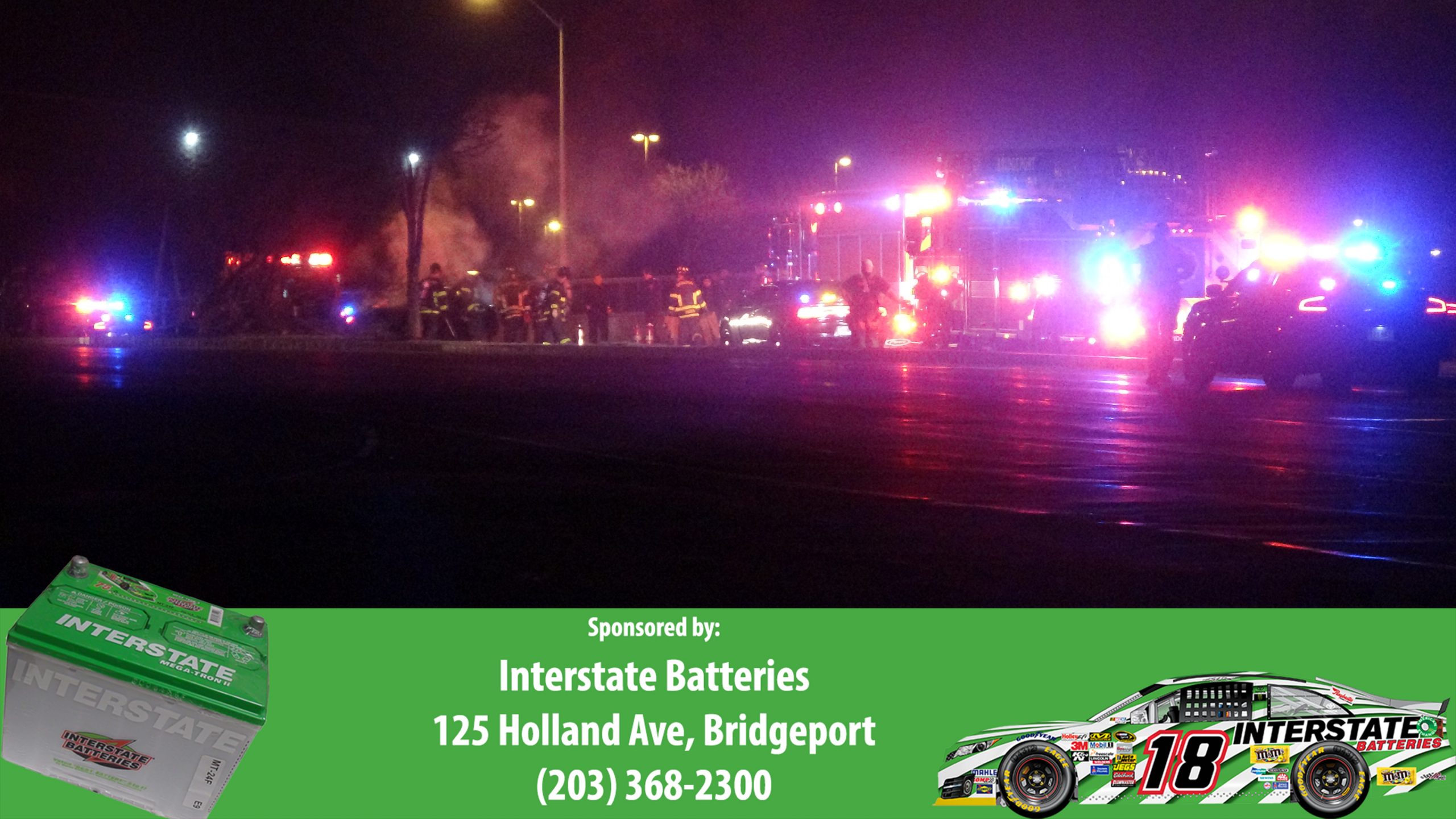