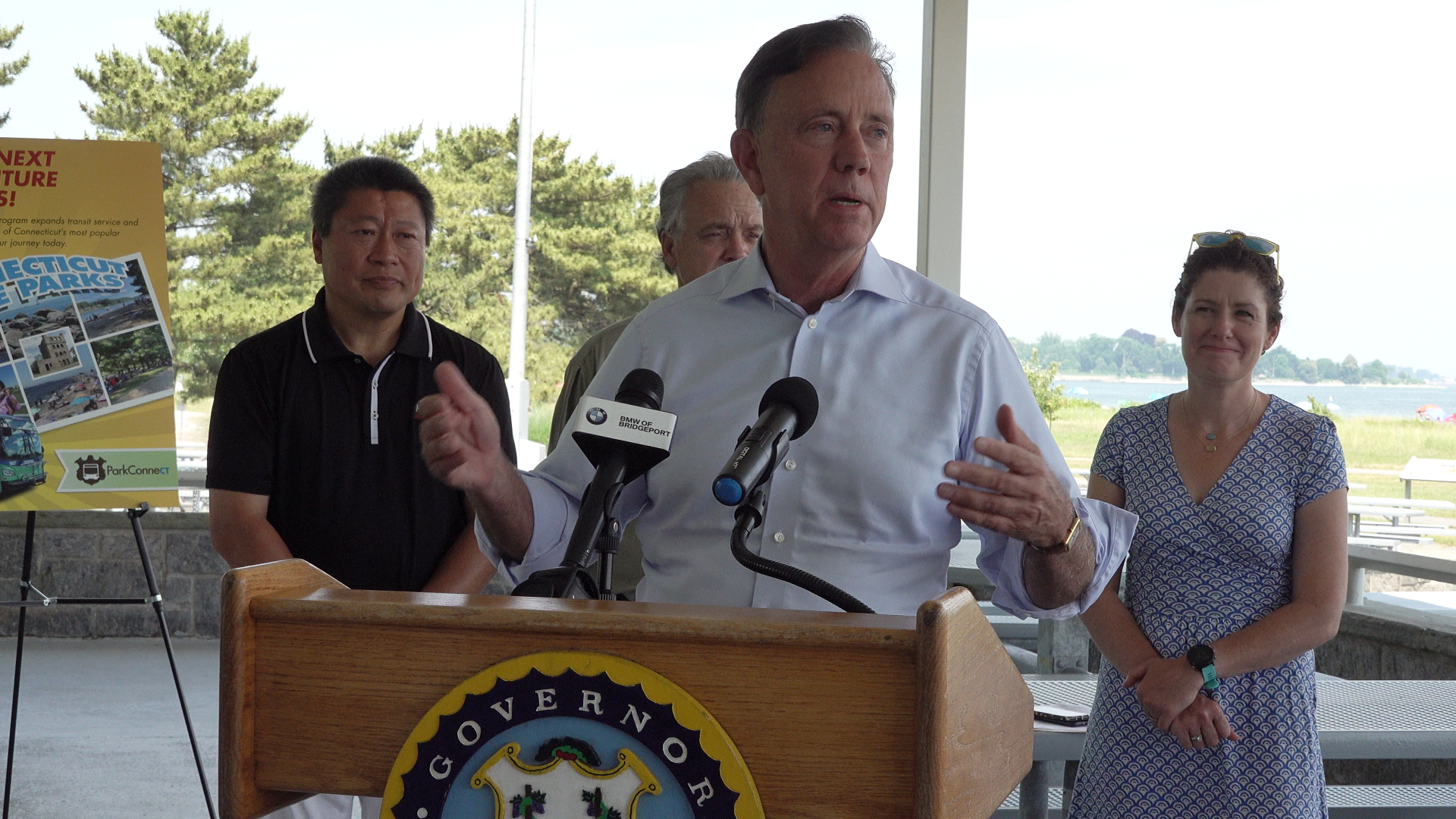 The governor, along with CTDOT and DEEP officials, today highlighted the program by riding the Sherwood Island Shuttle from the Green’s Farms Metro North Station in Westport to Sherwood Island State Park. While at the park, the governor addressed the media and met with visitors enjoying the beach and boardwalk.

“Being able to catch a shuttle from the commuter station right to this beautiful shoreline park is a convenient resource to enjoy the outdoors that otherwise,” Governor Lamont said. “I’ve said it before and I’ll say it again, Connecticut’s state parks are one of the best things about living here, and connecting our residents to them is important. That’s what the ParkConneCT program is all about.”

“ParkConneCT increases access to the positive physical and mental benefits one can get from being out in our beautiful state parks,” DEEP Commissioner Katie Dykes said. “It can also help people who have seasonal employment with DEEP get to their workplace. Thank you, Governor Lamont and our DOT partners for the vision and collaboration on this important program. We hope you consider utilizing this service this summer and have a safe, fun, rejuvenating time in your state parks.”

“I’m excited to kick off the Fourth of July weekend by taking public transportation to one of our beautiful state parks,” CTDOT Commissioner Joseph Giulietti said. “Now is a great time to give public transit a try. It’s a convenient and reliable way to move across Connecticut. With fare free buses running statewide and through expanded free ParkConneCT services, like microtransit, trolleys, and shuttles, we’re expanding access to beaches and parks across Connecticut.”

All buses associated with the ParkConneCT pilot program will run fare free through Labor Day (September 5, 2022). Additionally, as part of the fiscal year 2023 budget, all buses statewide are operating without collecting fares until November 30, 2022 (with the exception of premium on-demand ridesharing programs). Wheels 2U and Valley Transit District’s on-demand ridesharing services will only be free on Saturdays, Sundays, and holidays observed on July 4 and September 5, when using the service to or from parks in the ParkConneCT program.

The parks included in the ParkConneCT pilot program are:

Since the launch of the pilot program, CTDOT has continued to collect and assess ridership and passenger trip data to measure the success of the program. Those efforts will continue this year and will include a survey to collect additional information from riders.