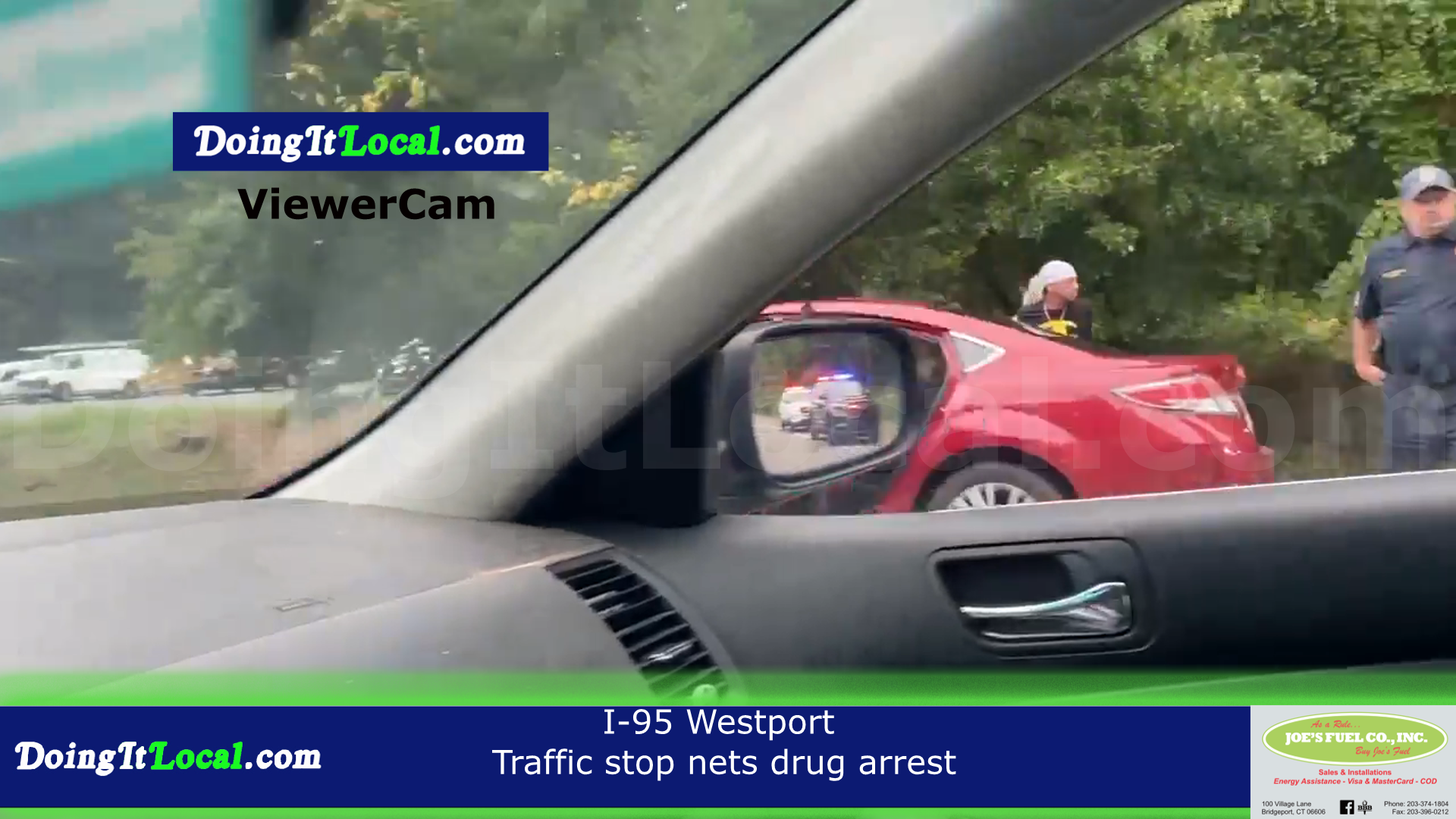 2022-09-07@9:40am– #Westport, CT– 9/7/2022) An officer conducting traffic enforcement on the Sherwood Island Connector pulled a car over for a motor vehicle violation. Upon approaching the car, the officer saw that there were four men inside. As the driver was retrieving paperwork from the glove compartment, the officer observed a plastic bag that contained several red capsules. He knew that capsules of that type are typically used to package crack cocaine. At this point, the officer called for additional units to assist him with this investigation. Seconds later, the person sitting in the front passenger seat ran from the vehicle and fled into the woods adjacent to the commuter parking lot. The officer chased the individual and saw him discarding items as he ran. The passenger was taken into custody after a brief struggle with officers. The other three occupants remained with the car and did not attempt to flee. The evidence that the passenger discarded during the foot chase was suspected narcotics and a scale. The suspected narcotics were tested and determined to be cocaine and crack. Both were mixed with fentanyl. The crack cocaine weighed twelve grams and the cocaine weighed sixty grams. The passenger who ran was charged with Possession of a Controlled Substance With Intent to Sell, Illegal Operation of a Drug Factory, Possession of Drug Paraphernalia, Tampering With Evidence, Assault on a Public Safety Officer, and Interfering With an Officer. He is currently being held on a $75,000.00 bond. The driver was charged with Possession of a Controlled Substance With Intent to Sell, Possession of Drug Paraphernalia, Interfering With an Officer, Criminal Impersonation, Misuse of a License Plate, Operating an Unregistered Motor Vehicle, Operating a Motor Vehicle Without Insurance, Illegal Tinting, and Operating Without a License. He is currently being held on a $51,000.00 bond. The rear passengers were not charged. However, one was taken into custody as he had outstanding warrants in other jurisdictions. The identities of the two parties arrested will be released at a later time, as the investigators are still working on confirming their identities.