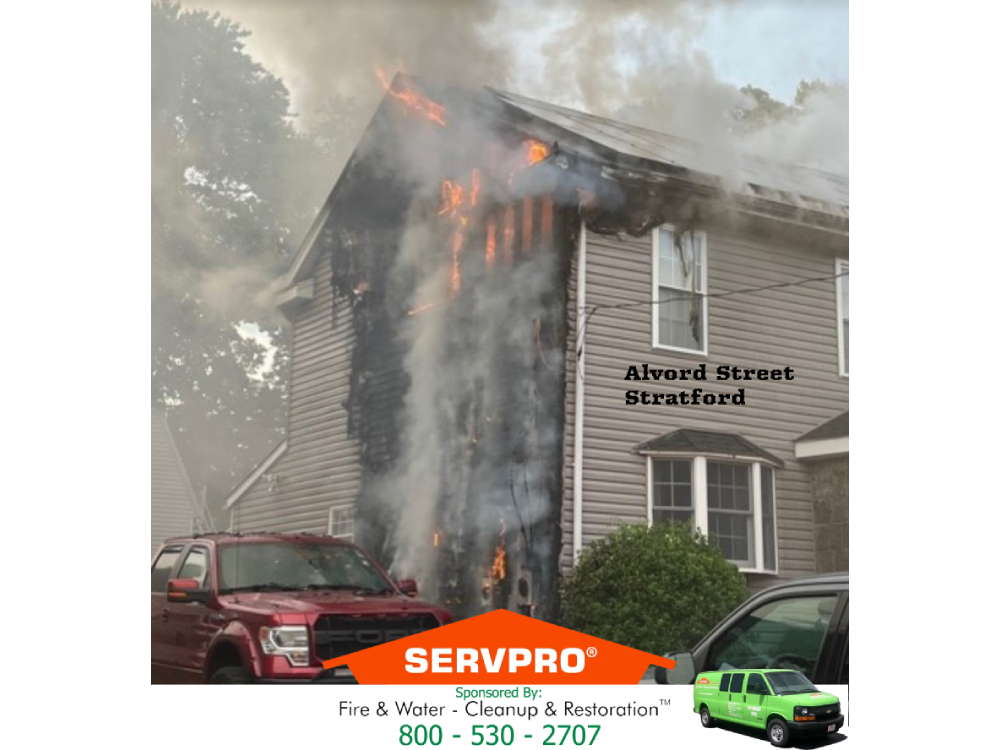 At approx. 7:00 PM, The Stratford Fire Dept. was dispatched to 9 Alvord St., for a
reported structure fire. On arrival, Engine 2 reported heavy fire on the west side
exterior of the structure with heavy fire in the attic. Under the command of
Assistant Chief Brennan, Engines 1, 2, 3, 4, Tac5 and Truck 1 responded with a
total of 22 firefighters and 2 Safety Officers. The fire initially started on the exterior
of the 1,800 square foot colonial style home. The fire was under control in approx.
40 minutes. There were no injuries reported.

One adult and a dog were home at the time of the fire and escaped unharmed. The
family of three is temporarily displaced as the home is uninhabitable.
The Milford and Bridgeport Fire Departments provided mutual aid coverage
during the incident and were dispatched at approx. 7:30 PM, to 186 Larkin Ct. for a
grill fire which ignited a 12’x14’ storage shed; the shed was fully involved on
Bridgeport Battalion 2’s arrival. Bridgeport Engine 6 and Milford Engine 4
extinguished the fire.

At 9:29 PM. Stratford was dispatched to an apartment building at 167 Dewey St. for
smoke in the basement. On arrival a working basement fire was called. The fire was
located inside a basement utility room. The fire was quickly extinguished. The
Stratford Fire Department checked all apartments for working smoke alarms,
installing three. There were no injuries at this incident and no residents were
displaced.

Additional station coverage during the incidents was provided by Shelton and
Nichols Fire Departments.
The origin and cause of the fires are under investigation by the Stratford Fire
Marshal’s Office.

The Stratford Fire Department reminds all residents of the importance of having
working smoke alarms in the home. Any Stratford resident in need of smoke alarms
can call the Fire Marshal’s Office (203)-385-4073 for a free in-home safety survey.